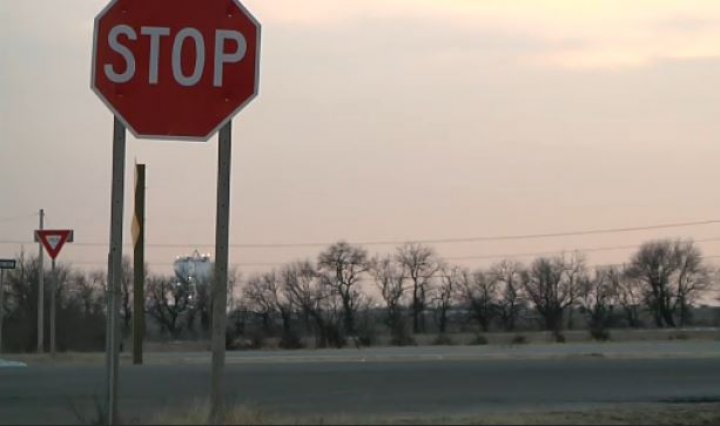 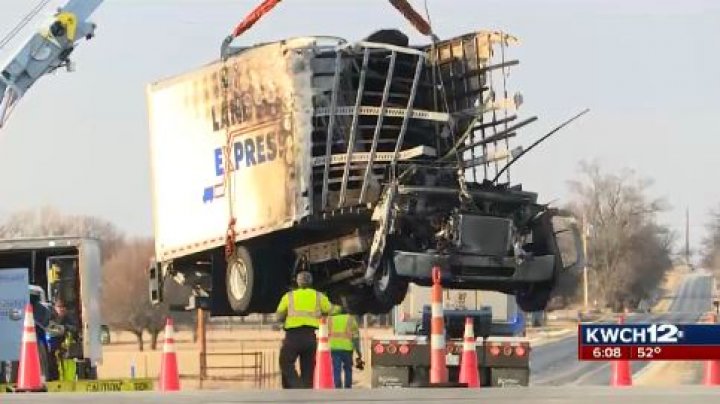 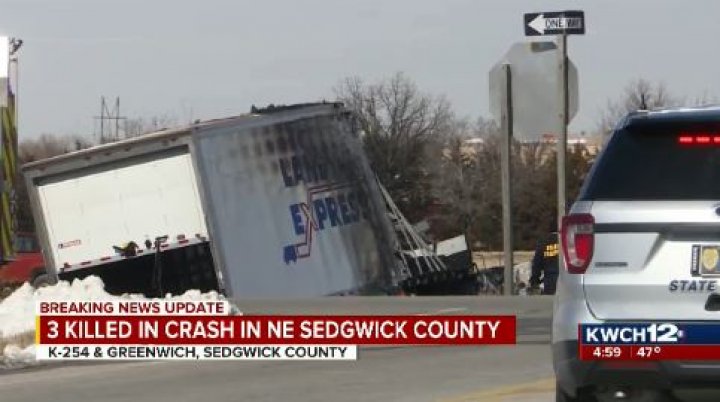 3 people killed in crash at K-254 and Greenwich

Tire marks and burnt grass on the side of the road signal the site of Wednesday morning's triple-fatal crash at K-254 and Greenwich involving a Ford Fusion and a semi.

Eyewitness News spoke with neighbors in the area who all agree something needs done to improve safety of the intersection and K-254 as a whole.

They feel K-254 meets the criteria to be officially considered "dangerous" with dozens of crashes each year along the 25-mile stretch from Wichita to El Dorado.

Jeff Hayes is president of the 254 Corridor Development Association, organized to make the road safer.

"I think it kind of opened their eyes. I don't think this road has gotten the attention it's needed over the years," he says.

He says something needs to change.

"When you have a flawed road, accidents happen," Hayes says. "The only way this road is going to be fixed is to turn it into a freeway."

Turning K-254 into a freeway would entail building on-rams and eliminating cross traffic. The Kansas Department of Transportation says the issue comes down to money.

Right now, there are no plans and no money allocated to turn K-254 into a freeway, but Hayes hopes this most recent accident will spur action.

The day after a triple-fatal crash at an intersection of K-254 raises safety concerns on the highway, Eyewitness News Thursday spoke with a driving instructor about what you should know about driving on highways like K-254 where north-south drivers crossing the highway have to take extra care to properly judge timing and speeds of the east-west highway traffic.

K-254 and Greenwich, the busy intersection where three people died Wednesday morning has some residents wondering what more can be done to prevent a horrific scene like that from unfolding again.

Charla Wescott, who lives near the intersection says it's not unusual to see drivers cross K-254 without making complete stops.

"They just kind of roll right though it instead of looking before they go," Wescott says. "it's like they go and by then, it's too late."

Wescott has a daughter who's a senior in high school. She says it's not her daughter's driving that concerns her, but everyone else on the road.

"Every time there's an accident, I'm so nervous that it's gonna be somebody that I know because it's just right here," she says.

Mike Johnson, a driving instructor with the Wichita Driving School says there are many distractions that can cause wrecks, especially at intersections like K-254 and Greenwich.

"You can't be distracted by obviously social media and cell phones,"he says. "All those things need to be checked at the door and put away and you need to be focused on driving."

Wescott says she often sees a pattern with distracted driving near her home and she wants it to stop.

"I've lived here all my life and I've seen way too many accidents on this corner," she says.

Three people have died Wednesday afternoon in a crash northeast of Wichita.

The Kansas Highway Patrol says it happened around 12:30 p.m. at K-254 and Greenwich.

Trooper Chad Crittenden says a semi tractor-trailer was northbound on Greenwich when its driver crossed the median. It collided with a westbound 2017 Ford Fusion with three people inside.

Both vehicles caught fire and ended up in a ditch on the north side of K-254.

The KHP says 41-year-old Terry Wehry, 44-year-old Renata Wehry and 68-year-old Lonnie Jesser, all of El Dorado, were in the Ford Fusion. All three died.

The driver of the semi was taken to the hospital with minor injuries.

"Anytime we have higher speeds in a collision, the injury and devastation of the crash forces are extremely high. I'm not sure, you know, which car caught fire but both vehicles did burn in the crash," Crittenden says.

Westbound traffic on K-254 was diverted onto 127th St. E. and eastbound onto Webb Road due to the deadly crash.

KHP is investigating a multiple fatality collision on K-254 and Greenwich Rd. WB K-254 WB is being diverted onto 127th ST E. and EB onto Webb Road. I will advise of a staging area shortly.
Please avoid the area.

The Kansas Highway Patrol's Critical Highway Accident Reconstruction Team (CHART) expected to be out on the scene throughout the day to figure out what caused the crash. The right lane of K-254 were closed.

Police: Alcohol may be involved in pedestrian crash near Delano

Police: Alcohol may be involved in pedestrian crash near Delano