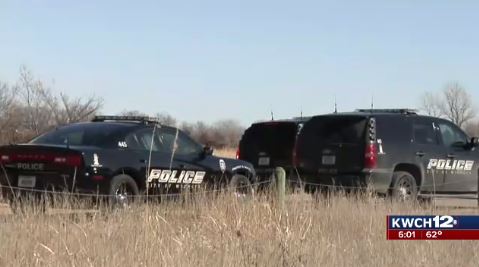 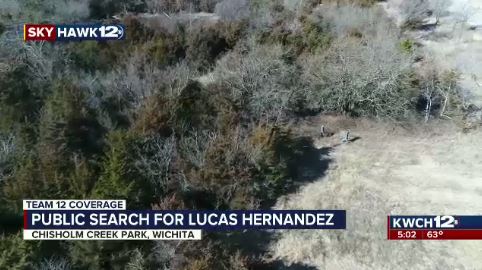 WICHITA, Kan. (KWCH) It's been nine days since anyone has seen or heard from five-year-old Lucas Hernandez.

But the search for him continues.

Wichita police confirm they also searched Cottonwood Park, near Harry and I-35, for more clues they hope might lead them to Lucas.

Dozens of people showed up to see if they could find something that might help bring Lucas home.

Sheila Medlam, of Colwich, helped organize the search party. In July of 2010, her 5-year-old son, Mason, wandered away from their home. Seventeen minutes later, he was found in a nearby pool. He died two days later.

"For me, Lucas brings a lot of memories. I couldn't bring Mason home alive, maybe we can bring Lucas home alive," she said.

Medlam said Wichita police are aware of the community search.

Officer Charley Davidson said nearly 100 officers, a K-9 team, drones and other technology were used in the grid search on Friday. He said anyone who finds new evidence in the community search on Monday should notify police immediately.

"If they locate something they think may be potential evidence, immediately notify 911," said Davidson. "Whoever found that evidence, have them stand by that evidence so officers can locate them and talk them about where they found it, what time they found it and all that necessary information we would need as we continue to investigate."

In an exclusive interview on Saturday, Lucas' parents said they welcome the public's dedication to helping find their son.

"We're searching for you. and we're not going to stop looking for you and we do love you very much and we can't wait for you to come home," said his Lucas' father, Jonathan Hernandez.