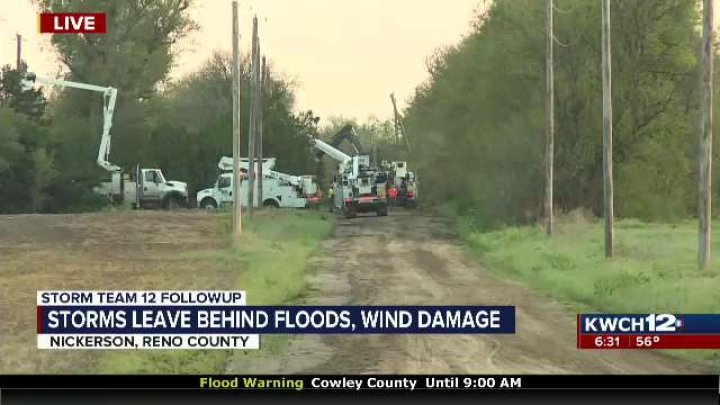 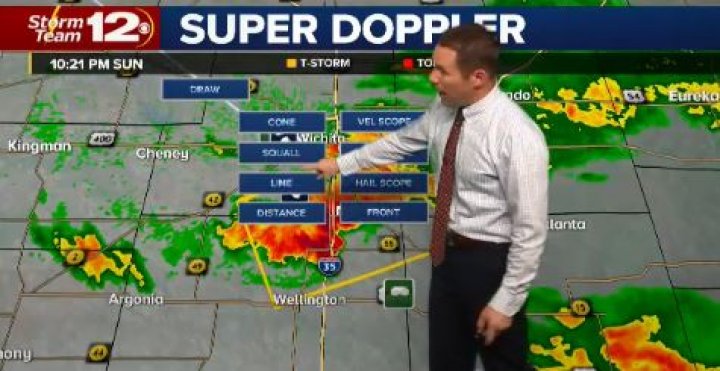 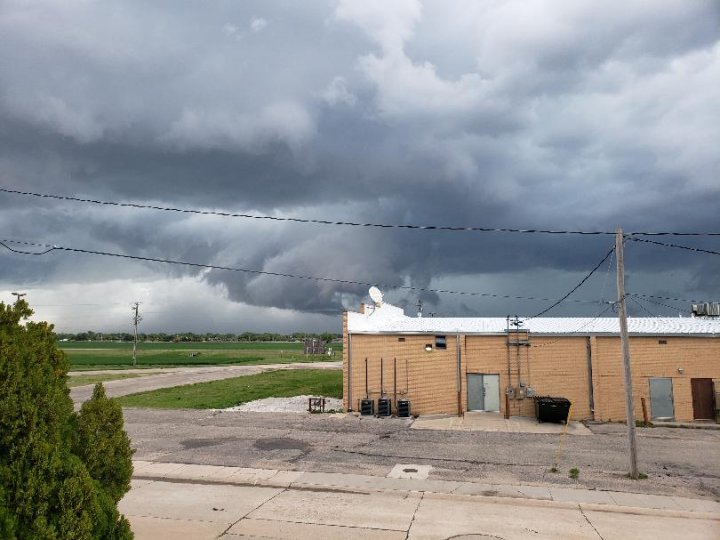 Monday: 6:30 a.m.
Expect rain and storms to continue through Wednesday.

This morning, there are issues with flooding in some areas. If you see water over a roadway, don't risk driving through it.

We've also seen utility crews working to restore power lines that were damaged or brought down during last night's storms.

A Flood Warning has been issued for Sedgwick County until 12:45 a.m.

The National Service says large hail will affect west Wichita and Goddard. This storm could also produce a tornado at any time. Storm moving southeast at 20 mph.

The National Weather Service in Wichita has issued a tornado warning for SE Reno County and Central Sedgwick County until 10pm CDT.

Tornado warning just issued for north central Meade County until 8:30 p.m. Rotation, indicated on radar, would be near Missler, moving southeast at 10 mph.

Tornado reported by storm chasers near South Hutchinson in Reno County at 8 p.m. This is near Highway 50 and K96.

Funnel cloud reported in northwestern Sumner County, near Danville at 7:30 p.m. That storm is moving through Conway Springs right now. The Severe Thunderstorm Warning is in effect until 8:30 p.m.

Sarah says a tornado has been reported about 5 miles south of Nickerson at 7:34 p.m. 100 mph gust reported near that area.

Areas showing rotation circled in white. Tornado Warning in effect for northeastern Stafford County until 8 p.m. and Reno and Rice Counties until 7:45 p.m.

A tornado has been reported on the ground just to the west of Raymond in Rice County.

The National Weather Service has issued tornado warnings for portions of Rice County and Barton County.

Severe thunderstorms are producing large hail and they are slowly moving to the east. Golf ball sized hail has been reported about 9 miles southeast of Copeland in Meade County. Get inside, away from windows, if you're in the line of this storm.

Tonight, isolated storms will move from western Kansas in the afternoon to central Kansas in the evening. A few of these storms could become strong to severe, especially in western Kansas, where they could produce large hail and high wind gusts. The chance for rain will end around midnight, as the showers move into eastern Kansas.

Tuesday, the chance for showers and storms will continue off and on throughout the day. It doesn't look like we'll have a great chance for severe weather on Tuesday, but with plenty of rainfall possible, flooding could become a concern.

Wednesday, more showers and storms, especially in the afternoon and evening, will be possible. There is a chance that these could become severe, especially in central and eastern Kansas. Storms will finally come to an end Wednesday night.

Highs will stay in the 70s Monday through Wednesday. Behind the chance for rain, highs will drop into the 50s on Thursday. We'll stay in the 60s through the start of the weekend, warming back into the 70s for Mother's Day.

The tornado sirens in Haysville have been turned off. We heard the sirens about 10 minutes ago.

We are expecting these storms to move in towards the metro, we will continue to keep you updated tonight.#KSwx #kwch12 @KWCH12 pic.twitter.com/7KhCc27bPX

This is what I’m seeing on the ground right now west of Goddard. Lots of lightning. Starting to rain now. No strong winds or hail. #kwch12 #kswx pic.twitter.com/H4j7Rw3ba1

Check out these clouds over these flashes of lightning. I am positioned at US 400 and 343rd. This is over Haven/Mount Hope moving SE. #kswx #kwch12 pic.twitter.com/qfehEMv8DX

I’ll be driving around the Metro area looking for any damage or changes while the storm continues to move into Sedgwick County.

Heavy rain and lightning is all I’m seeing right now. Stay with @KWCH12 throughout the night until the storm clears. pic.twitter.com/LbbrgXFvFo

I am live with @KWCHRoss right now. Taking a look at this rotation above Haven. Darkness setting in but lightning gives us a look. Take a live look at my feed right now on @KWCH12 pic.twitter.com/OgvE72SZPT