Augusta among cities most heavily impacted by flooding 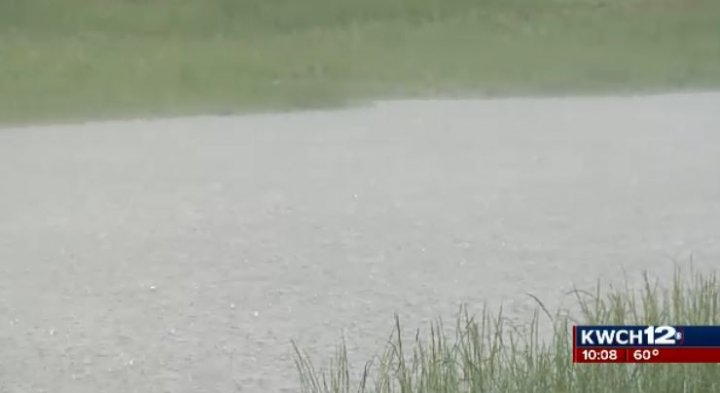 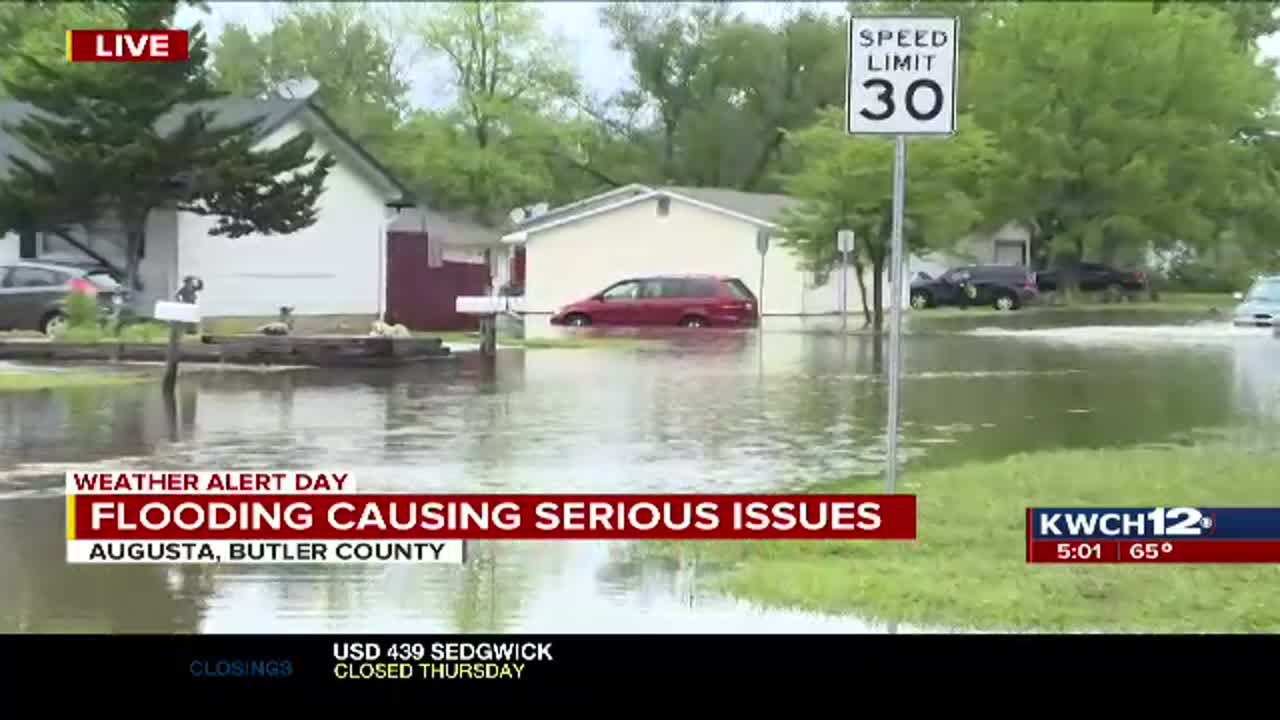 AUGUSTA, Kan. Widespread flooding continues to create problems across central and south central Kansas. Among the communities most heavily impacted is Augusta where flooded roads and parks are just a couple problems the city is facing.

Wednesday afternoon, the Kansas Department of Health and Environment placed the city under a boil water advisory.

In a neighborhood at Lulu and 8th Street near the Whitewater River on the west side of town, there are several stalled vehicles. Water covers driveways, running up to homes. People in town say the water has gone down a little since early Wednesday morning, but it's not enough relief with more rain on the way.

Wednesday, water ripped through Augusta's Garvin Park and in doing so, surrounded some nearby homes. Augusta resident Melissa Smith who lives near the park, says the rain turned her street into a river.

"Hope and pray it doesn't come up anymore," Smith says.

In the same neighborhood, Kailee Myers and her family improvised to get some needed groceries home, transporting bags on a small pool raft.

"Our backyard is covered, it's all the way up to our deck," she says. "Our sump pump has been going nonstop. It's been running for three days. We are basically just stuck. We are stuck."

City crews Wednesday worked to unclog a flap gate and divers had to go down to free the debris so water can flow out of the city like it's designed to do.

Late Tuesday night through early Wednesday morning, crews in Augusta also had to make water rescues. As of Wednesday afternoon, there were no reports of serious injuries from the flooding.

Kansas' first tornado of the season touches down in Morris County

6 ways to protect your landscaping during severe weather

Kansas' first tornado of the season touches down in Morris County

6 ways to protect your landscaping during severe weather