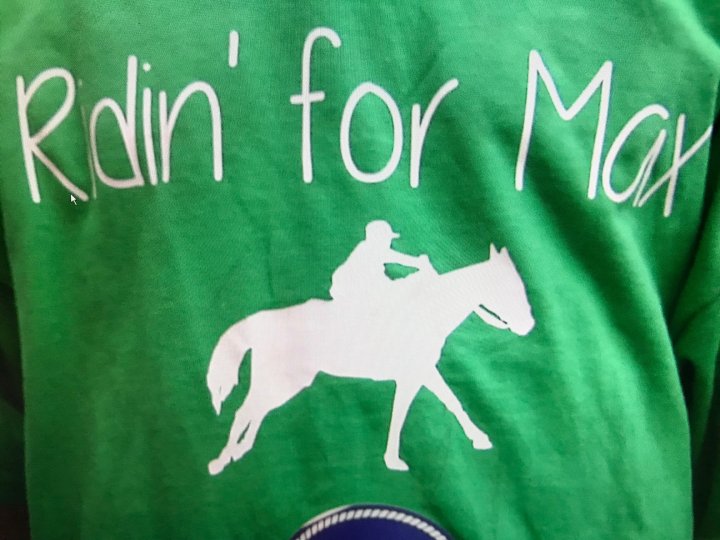 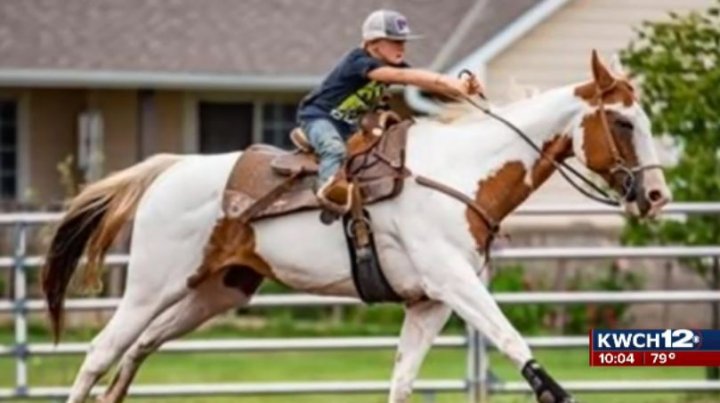 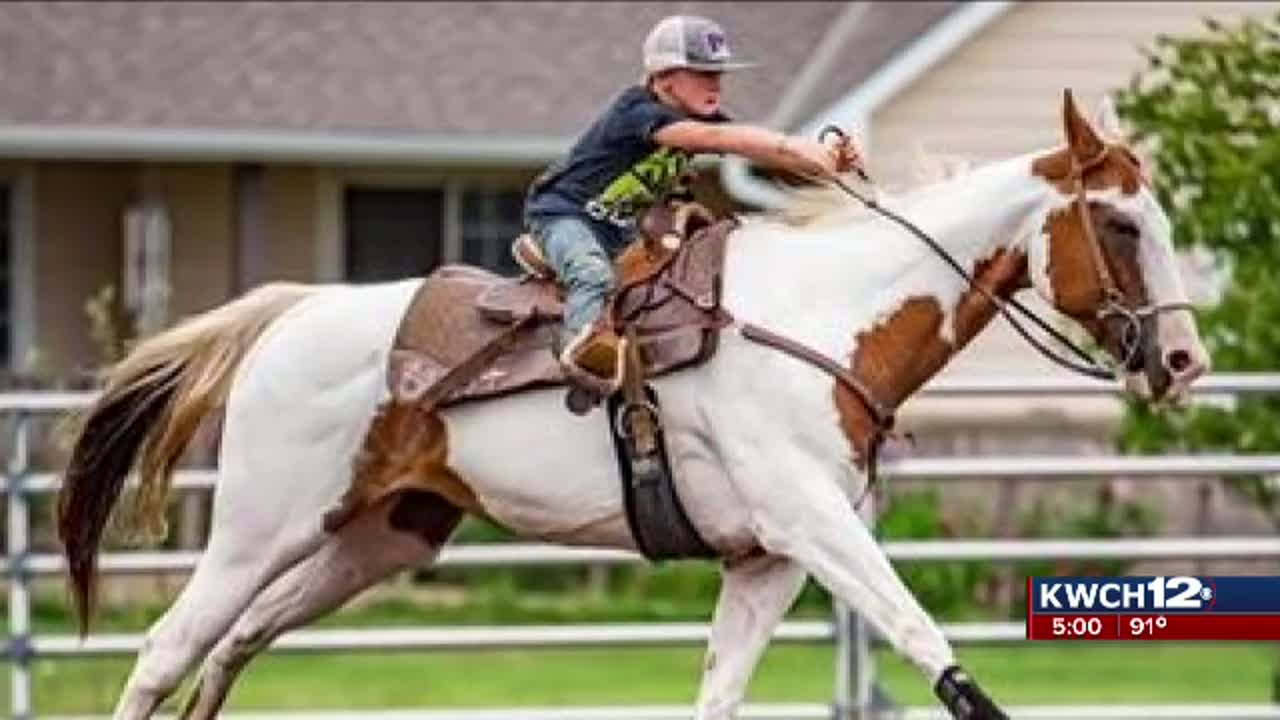 The rodeo community gathered Saturday in Mulvane at The Mutton Busting and Bull Riding Competition to pay tribute to 7-year-old Max Henderson.

Max died Sunday from injuries he sustained in an incident involving his pony.

Usually Max would be competing in the Mutton Busting finals, but for now the kids are riding and "living like Max." His little brother Murphy thinks about his brother everyday.

"He was kind, faithful and made everybody feel like somebody," Murphy said. "He had a lot of little kid friends too."

Many people in the rodeo community say they'll miss Max, but it's his best friend Clara who had the chance to honor him.

"I got to ride three circles in the arena," Clara said.

Max's loss is felt by more than just friends and family but Clara says she knows Max would be smiling.

Family, friends and the rodeo community came together Thursday to celebrate the life of 7-year-old Max Henderson. The boy died from his injuries after an incident involving his pony Sunday in Cowley County.

Car after car pulled up to the Burden rodeo arena to celebrate the young cowboy. From coaches, to teachers, fellow rodeo competitors and people from other states, Thursday's gathering gave a glimpse into how much Max was loved.

Many remember Max being full of spunk and quick with comebacks.

His parents say Max often talked about wanting to be seven forever. They say what happened Sunday wasn't an accident, but rather something that was supposed to happen.

Funeral arrangements are set for a 7-year-old Cowley County boy who died Sunday after an accident involving a pony.

Max Henderson's family said he was practicing roping his calf sled when his pony flipped over onto him, causing severe internal injuries. Max was taken to a Wichita hospital where he died.

Max's obituary describes him as "a rodeo kid to the core."

"He was a true champion, fearless, handy, coachable, and the epitome of a good sportsman. He loved to win, but was the first to congratulate a fellow competitor," continues the obituary. "Under any circumstances that involved competition he was ever a “clutch” competitor. You would think he was on the downside of a situation and boom, he’d finish on top."

Max's funeral will be held Thursday evening at 5 p.m. at the Burden Rodeo Arena in Burden. He'll be buried at Rose Valley Cemetery.

He's survived by his parents and brother.

In leiu of flowers, Max's family is asking that contributions be made to the Murphy Henderson Education Fund at Community National Bank.

A seven-year-old boy from Cowley County has died, after an incident involving a pony over the weekend.

"Our school family is deeply saddened by the loss of our sweet and funny cowboy. Today, many of the students and staff are wearing Western attire and or blue, which was Max's favorite color, in honor of his memory."

In its statement, the school said it would have grief counselors on hand to help students and staff cope with the sudden loss.

According to a Facebook post from a family friend, Max's pony flipped over on him at their home, causing severe internal injuries.

The boy was rushed to a hospital in Wichita, where he died.

An outpouring of support on social media followed Max's death. His family says the boy was practicing roping his calf sled when his pony flipped over onto him.

"We were at home roping the calf sled. His pony flipped over on him. He got up and ran way about 20 feet and went down. We got him and he said he couldn't breathe," Max's mother wrote.

She says Max was eventually taken to Wesley Medical Center in Wichita where doctors learned he had a major vein severed. She says Max fought and made it through surgery, but died a short time later.

"Max had the most amazing seven years possible," his mother's post goes on to say. "He said many times that he wanted to be seven forever. The way God chose to call him home is not his legacy. Please remember him for the way he lived, not died."

Eyewitness News spoke with a rodeo coach who knows the Henderson family and says the accident affects the entire rodeo world.

Rumford says Sunday night, he heard about what happened to Henderson.

"They just said he'd been in a horse wreck, and so you think, 'it has to be something unusual,'" Rumford says.

He describes hearing the news as "kind of like somebody hit you in the stomach."

"(Henderson) was a little fireball. I tell you, that boy loved life and he loved being a cowboy,' longtime rodeo coach and promoter Bronc Rumford says. "He loved riding and roping. He was a good competitor."

Wichita police chief on Minneapolis man's death: 'In that video I see a murder'
Related Information

Students & staff at Country View Elementary in Winfield are honoring their classmate, Max Henderson today. The 7-year-old died Sunday after a horse accident.

Below is the response I received from the school’s principal, Desaree Groene. #kwch12 pic.twitter.com/dImmkfgypj