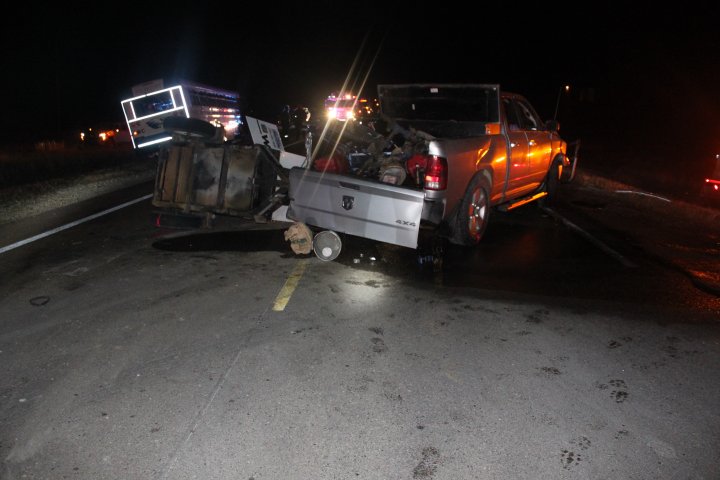 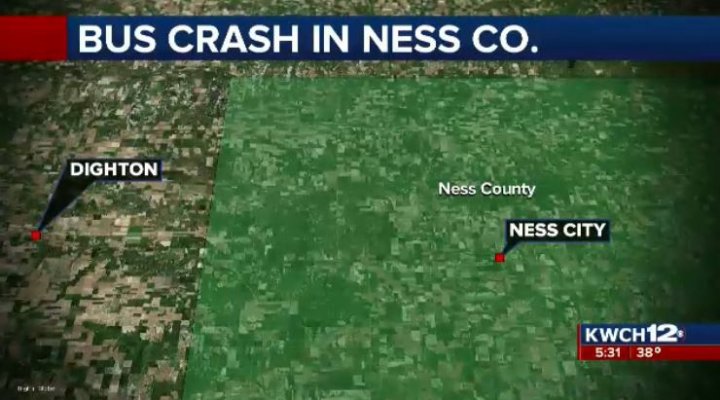 The Ness County Sheriff's Office says 22 people: 20 students and two adults received treatment for injuries at the Ness County Hospital in Ness City Tuesday night after a bus from the Ness City school district crashed on the way home from basketball games in Dighton.

The Kansas Highway Patrol says a pickup pulling a trailer pulled in front of the bus. It happened about 9:15 p.m. Tuesday night.

The KHP says none of the injuries are life-threatening. Some quick-thinking students with EMS training are credited for helping to keep fellow students calm.

"We've got a group of kids, one of our classes in the high school is EMS class, (with) kids that are training to be EMTs and they jumped right in," Ness City school district superintendent Derek Reinhardt says. "Had two of those kids that were actually on call that weren't on the bus and rode the ambulance out and were involved in that. We had a couple other kids that were in different vehicles back behind the bus that hopped out of those vehicles and ran up and jumped right in."

Reinhardt was driving behind the district's activity bus when he rolled up to the accident.

"I had to stop myself from saying, 'why are you doing?' and I had to realize that these kids know more about (emergency response) than I do," he says. "And they took control and did a great job. I'm so proud of them."

Reinhardt says injuries included bumps and bruises, as well as some concussions.

"I feel like in an incident like this, this was probably about the best outcome we could hope for. All the kids walked away from the accident," he says.

The sheriff's office, Ness county EMS and the Ness County Fire Department assisted the KHP at the scene.

A bus crash in Ness County sends twenty students and two students to the hospital.

The Kansas Highway Patrol says a school bus was carrying Ness City basketball players on their way home from a game in Dighton when a gray Dodge pickup pulling a trailer tried to turn in front of the bus.

The bus struck the drivers side.

Troopers say 40 students were evaluated on the scene.
----
A crash involving a bus from the Ness City school district closed a portion of K-96 in both directions Tuesday night.

We're told the bus was carrying basketball players from Ness City High School's games in Dighton. A Kansas Highway Patrol dispatcher says no one was seriously injured in the crash, but there were minor injuries.

The dispatcher could not confirm how many people were hurt. The KHP says information on what led up to the crash will be available on its crash log.

Trooper Mike Racy with the Kansas Highway Patrol tweeted early Wednesday that all lanes of K-96 in the area of the wreck are now open.

K96 in Ness County is back open due to a crash. Drive safe and always buckle up.