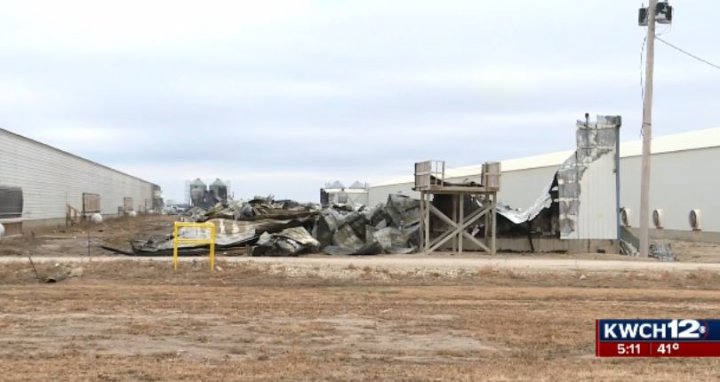 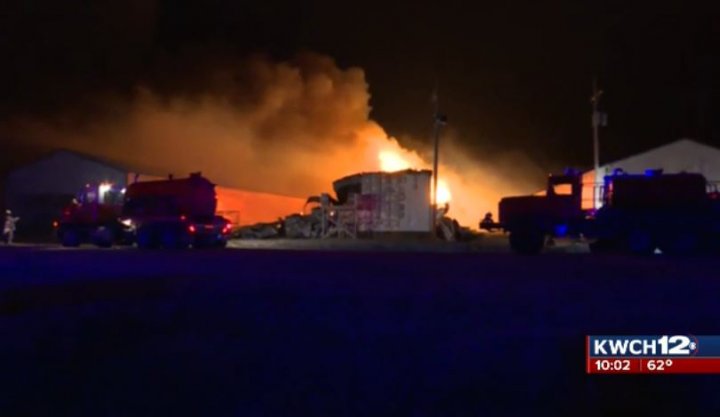 Wednesday night's fire near Chase in Rice County destroyed one of Cal-Maine's 12 hen-laying houses. The fire burned the building to the ground, but responding fire departments knew the property well enough and responded quickly enough to contain the blaze to one structure.

Some hens in neighboring buildings died because of all of the smoke. Adding to firefighters' challenge Wednesday night was the strong wind that fueled the flames.

Lyons Fire Chief Brad Reid says this isn't the first fire they've responded to at the facility and the familiarity helped the crews on scene Wednesday night.

The investigation into Wednesday night's fire at the Cal-Maine facility continues with the fire's cause yet to be determined.

There's a calmer scene at Cal Maine Foods in Rice County as crews contain a fire that destroyed one of the egg-production company's hen houses.

For hours, firefighters battled flames shooting out of the building. By about 8 p.m.crews began to clear out of the area. Some of them stayed with the fire, fighting to contain it for nearly four hours. By about 7 p.m. firefighters knocked down the brunt of the fire.

The initial call reporting the fire to the facility west of Chase came in a little before 3 p.m. Six fire departments from across Rice County responded. They used a bulldozer to help keep the fire from spreading at the complex consisting about a dozen structures.

Rice County Sheriff Bryant Evans says the mutual aid provided by the volunteer fire departments and the community was essential in the effort to put out the fire.

"Having that relationship, being able to call and get the extra help, matter of fact, we do have civilians, we have other agencies out here. Civilian personnel form Busy Bee delivering water to the water trucks and the pumper trucks."

The building is considered a total loss. That includes the hens that were inside, what was one of Cal Maine's egg-production facilities.

Questions to which we're still seeking answers include how many animals were in the building at the time of the fire? and,what caused the blaze?

Crews are responding to a fire at Cal-Maine Foods in Chase, Kan. (Rice County).

The Rice County Sheriff's Office says fire departments from all over the county (six total) are assisting in the firefight to a single, large building.

The area has been blocked off since around 3 p.m. where crews work to put out the fire.

No injuries have been reported.

One dead, another hurt in Haysville house fire

One dead, another hurt in Haysville house fire