Man charged after confrontation with children on school playground 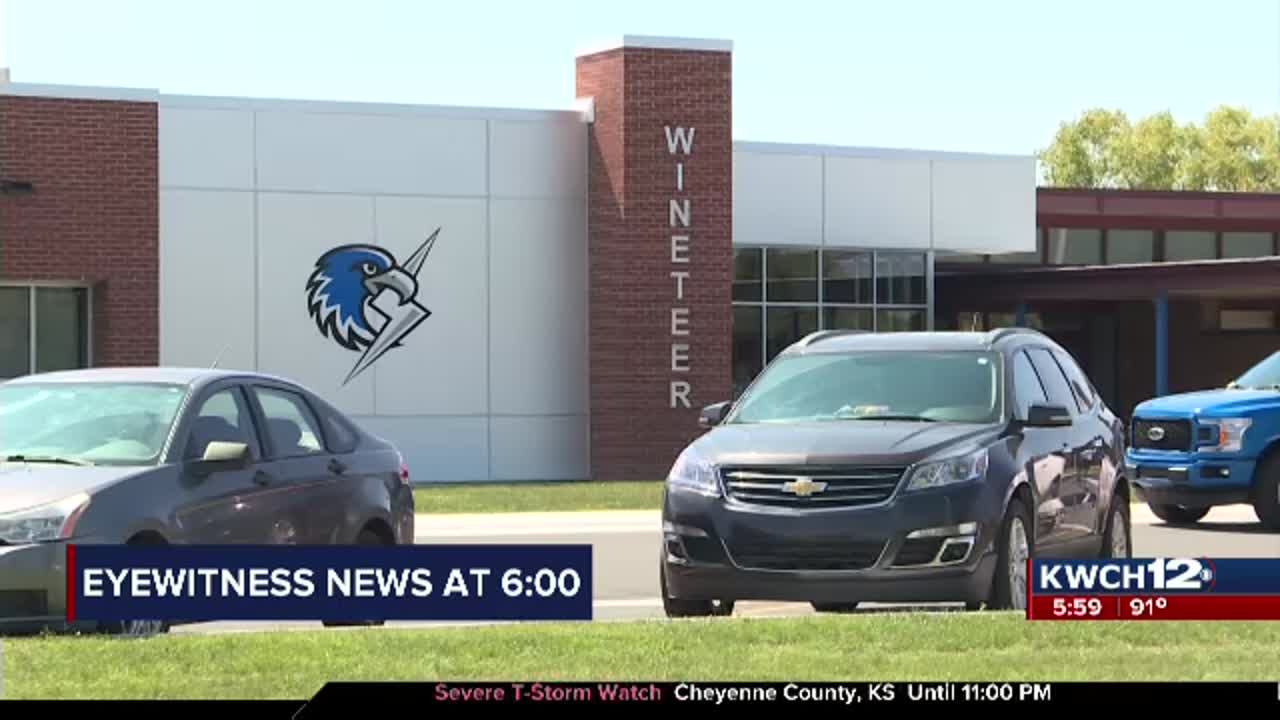 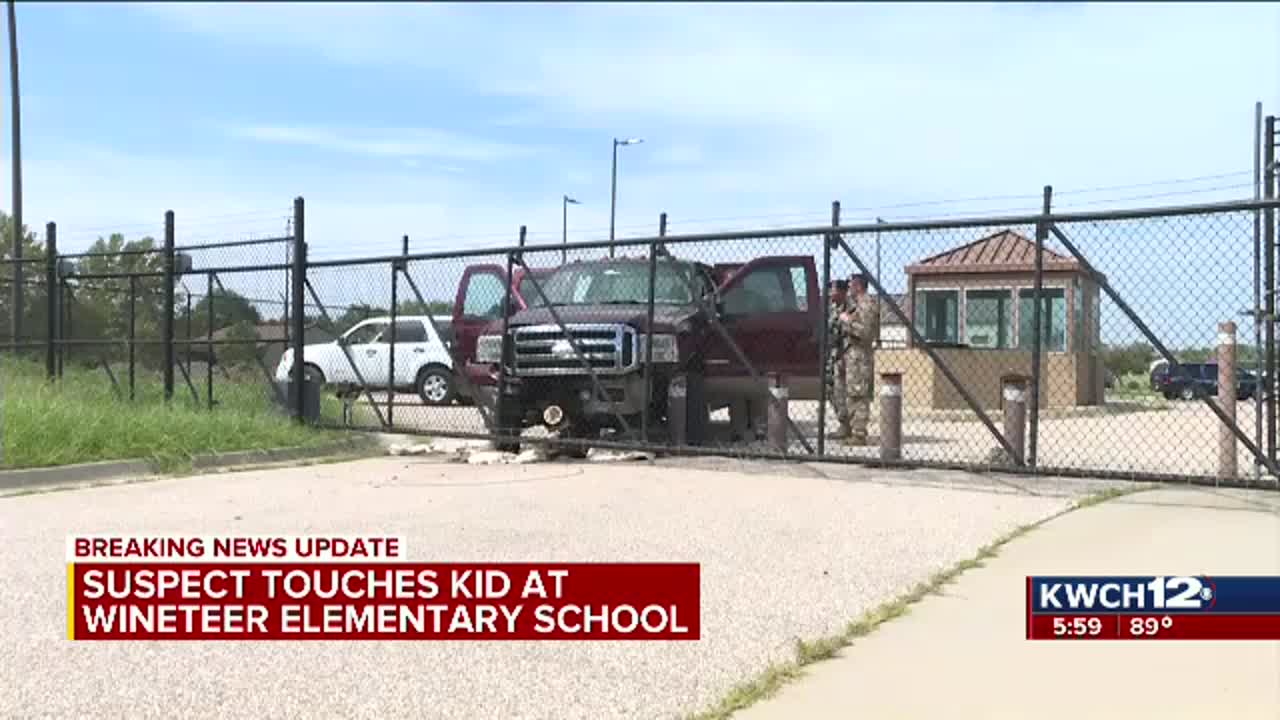 A Wichita man is charged with one count of aggravated criminal threat and four counts of battery for an incident that occurred at Derby's Wineteer Elementary School.

Tyler Debarea appeared in Sedgwick County Court Friday afternoon to hear the charges against him.

Debarea was ordered to have no contact with any witnesses in the case or anyone under the age of 16 without supervision. He'll also have to wear an electronic monitoring device.

According to court documents, Debarea threatened to "commit violence, communicated with the intent to place another in fear, or in reckless disregard of the risk of causing such fear" and touched at least four students "in a rude, insulting or angry manner" leading school officials to enforce a lockout as a result of the threat.

The district says teachers followed protocol on Wednesday when Debarea allegedly jumped the fence at the school and ran onto the playground at Wineteer Elementary School and began grabbing students.

Police say Dabarea also stole truck on McConnell Air Force and drove it into a housing gate off 31st Street before running away. Officers arrested him a short time later.

Tuesday, Eyewitness News reported that an intruder made his way onto the grounds of Wineteer Elementary School and began approaching children. This obviously raised concerns, but also some misinformation.

Among that misinformation is that the man had a knife and had been at the school earlier in the month, causing another lockout. We didn't report this because it isn't true.

Andy Koenigs with Derby Schools says Tuesday's incident was scary, but 38-year-old Tyler Debarea did not have a knife when he began grabbing and pushing children on the school's playground. Eyewitness News confirmed this fact with police. ]

Records show Debarea has a criminal record running from police, but no previous charges compare to what happened Tuesday.

Koenigs says other rumors connected Debarea with a previous lockout recently at the school are also false.

Koenigs says teachers put themselves between Debarea and students, but not before the man was able to grab at least one of them, or, according to police, touch a student. Still, no one was injured.

"We practice these situations, but of course, in a real crisis, you're not sure how a person will react," Koenig says. "(The teachers) did exactly what we would want them to do. That is, get the kids away from danger, get them in."

The Sedgwick County Sheriff's Office identifies a man deputies arrested after he tried to grab several children at Derby school and crashed a stolen truck into a gate at McConnell Air Force Base in southeast Wichita.

The sheriff's office says at about 11:40 a.m. Tuesday, deputies responded to Wineteer Elementary School for a suspicious character call about an unknown man. They later identified that man as Debarea. The report said he was walking around the school parking lot and playground.

"As deputies were getting close, dispatch advised (Debarea) was in a truck and tried to ram the (McConnell Air Force Base) gates leading onto 31st (Street) South," the sheriff's office says.

The truck hit barricades made of concrete-filled pipes in the ground and the truck stopped.

The sheriff's office says Debarea jumped the fence and ran.

At Wineteer Elementary School, a school security officer advised he heard that someone grabbed, pushed and pulled some children on the playground.

"Shortly after this, dispatch was contacted with a suspicious character walking on Webb Road at approximately 3800 South," the sheriff's office says. "A deputy contacted Debarea and took him into custody."

At the school, deputies identified five children, aged seven or eight, they say Debarea confronted on the playground. Staff at Wineteer said the school sent a notification to all parents.

Wineteer Elementary School's principal says it's a good idea for parents to talk with their children about what happened Tuesday.

Eyewitness News also spoke with Personal Protection Expert Joe Schillaci about what you should be teaching your children to make sure they know what to do in a situation like what happened at Wineteer Elementary School.

Schillaci says not to be afraid of having the conversation because it's critical that your children know how to act.

"Do not under no circumstances, do not be afraid to talk to your kids about a situation like this, what we like to call "stranger danger" where if somebody (who) they don't know approaches them, (tell them) to run as fast as they can and scream as loud as they can to get enough attention," Schillaci says.

Schillaci also says teaching your children to put up a fight could save their lives.

"If the child is grabbed, you tell your child to fight, to bite, to scratch, to claw, to scream, to punch, to kick," he says. "But you have to teach them to fight, not to freeze."

Schillaci says the first think to remind your children is to not be afraid as there are teachers and parents around to keep them safe. But next, you need to tell them to run, to scream, to fight and to never approach someone who isn't a trusted adult, he says.

The Sedgwick County Sheriff's Office says a man is in police custody after he tried to grab several children at a Derby school then crashed into a gate at McConnell Air Force Base.

It happened around 2 p.m. on Tuesday.

Lt. Tim Myers says deputies were dispatched to the call of a suspicious character in the area.

Deputies located the man and found him to be in a stolen truck. He then crashed it into the housing gate off 31st Street, hopped over the fence and ran away.

The sheriff's office set up a perimeter in the area and deputies soon located the man.

Investigators say they found five or six students at Wineteer Elementary who said they were outside on the playground when a man approached them and smacked them on the arm or tried to grab their shirt.

Myers said it turned out to be the same man.

The district sent the following message to parents:

"We would like to make you aware of an ongoing situation at Wineteer Elementary. At this time, all students have been accounted for and are currently safe inside the school. Shortly after 12:00PM, an unknown individual was seen on the playground, behaving erratically and attempted to grab a student. The family of the student has been notified. Staff were monitoring students closely and responded immediately, bringing the students into the building. Local law enforcement are on the premises and receiving assistance from McConnell Air Force Base personnel in locating the individual. Due to these circumstances, Wineteer is on a lockout which will continue until the situation is resolved. Lockout is the protocol used to safeguard students and staff within the building. They will continue their day as normal while remaining in the building until the lockout is lifted. During a Lockout, no one is allowed in or out of the building. We will keep you informed."

An update was sent out what the lockdown was lifted.

"This is Mrs. Rothe and I wanted to let you know that our Lock Out has been lifted and we are returning to normal school business. All students and staff are safe and accounted for. An unknown intruder, unrelated to to Wineteer, approached our playground. Quick actions by the staff caused the intruder to leave the area. He has now been apprehended by police. Thanks for your patience and know that your child's safety is our utmost concern."

The Exploited and Missing Children Unit is investigating the incident.

Affidavit: Wichita woman killed by man she let stay in her yard

Affidavit: Woman ran to neighbor for help after rape, assault in W. Wichita

Affidavit: Wichita woman killed by man she let stay in her yard

Affidavit: Woman ran to neighbor for help after rape, assault in W. Wichita