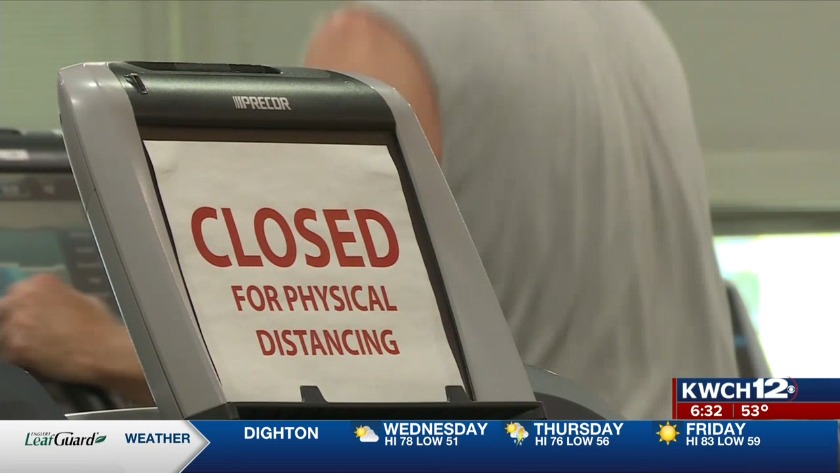 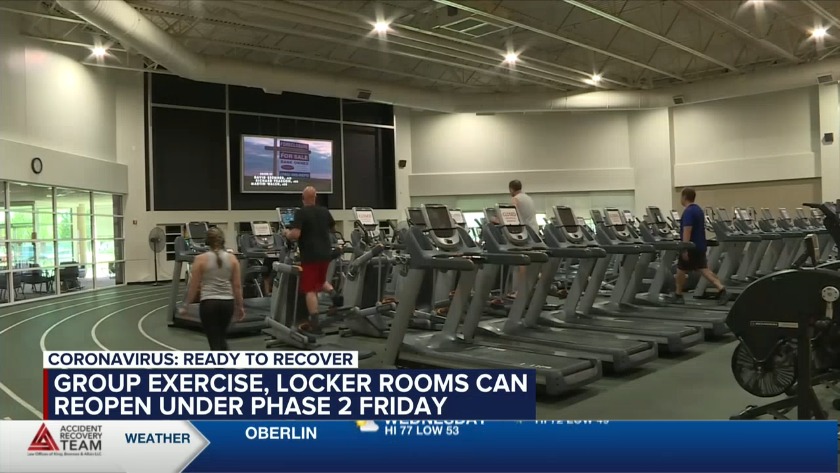 Genesis Health Clubs opened on May 18 with several changes. Locker rooms were closed and group exercise classes were canceled, per the rules of Phase 1.5. Both will reopen on Friday.

Staff members at Genesis placed tape on the floors of the group exercise studios to remind members to stay six feet apart.

The changes start at the front door with signs reminding members they should not come inside if they're feeling sick. Once inside, front desk staff members wear masks and take the member's temperature.

Genesis also has a new member code of conduct. It asks everyone to wipe down equipment before and after use. Workers at Genesis say they, along with the members, were excited to go back and everyone is willing to follow the new rules to create a safe place for everyone.

Genesis started with reduced hours and amenities, but will get back to normal step by step.

The gyms wanted to make sure they could open safely and follow the guidelines set out by the state and the CDC.

"We do have pretty large facilities though so we are able to keep a lot of members in club but keep them spaced out as well," says regional operations manager, Riley Lynch. "So it's really been pretty awesome and everyone has been very good about cleaning up and making sure that we're all going to stay safe and healthy."

After almost two months of stay at home orders, Lynch says members are excited to exercise, boost their immune system and have a little human interaction.

"We are the first people they see when they walk in the front door at the front desk so our thing is 'Hey, how are you? What's going on?" Just with a smile," Lynch says. "Honestly it's awesome it's like one big family around here so it's nice to have our family back together."