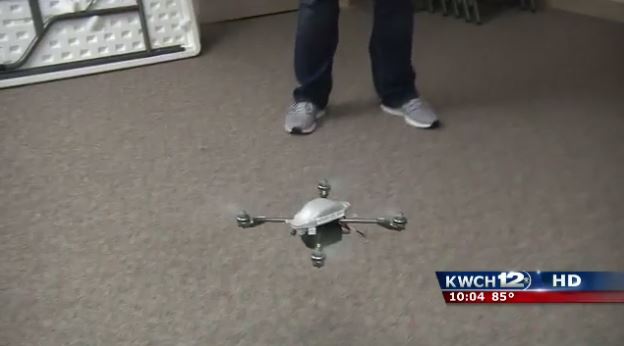 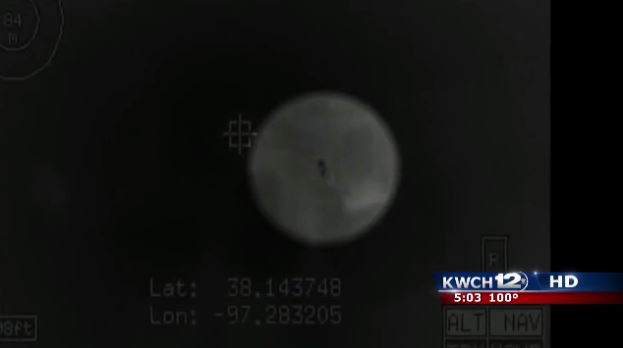 On July 18 at 11:16 p.m., Harvey County Sheriff’s Office Corporal Brandon Huntley was dispatched for a missing person report. A 91-year-old man was reported missing by family, reporting the man was missing since 2 p.m. The family was unable to find the man, but the man’s vehicle was located by a neighbor at the man’s previous residence in the 3300 block of E. Dutch in Walton.

Harvey County Sheriff’s Office Deputy Paul Jones, Hesston Police Officer Chris Eilert and Huntley performed a quarter-mile search of the property, but buildings, vegetation and trees made the search difficult. The ground search was halted at 12:40 a.m. on Wednesday.

Huntley decided to utilize the UAS with an attached infrared camera to continue the search. The camera can detect body heat. Huntley contacted Harvey County Sheriff’s Office Deputy Matthew Stovall for
assistance. Both Huntley and Stovall are trained UAS pilots. The UAS is a county-wide resource for law enforcement.

The aircraft was launched at 1:15 a.m. Stovall piloted the UAS with Huntley acting as the visual observer. The first flight discovered a heat signature, but the aircraft’s power system needed to be changed out. Huntley directed Jones and Eilert to perform a search of the identified area while the power system was replaced.

On the aircraft’s second flight, Stovall and Huntley were again able to locate the hot spot. The image on the monitor resembled a human body.

Huntley directed the search team to the exact location, and also requested a medical unit. The man was located alive under a tree, but dehydrated with possible injuries. The man was treated by medical responders from Hesston Fire/EMS and transported to Newton Medical Center, where he is recovering.

“It was critical to saving that guy’s life last night. No doubt about it,” said Harvey County Sheriff Chad Gay. “The technology, the ability to put that thing up and to find people and do things like that, is pretty awesome. I feel fortunate that we had access to that technology to be able to deploy it and be successful with it.”

The Harvey County Sheriff’s Office will hold a press conference to discuss the mission today at 3 p.m. The conference will be held in the Emergency Operations Center, located within the Law Enforcement Center at 120 E. 7th St. in Newton.