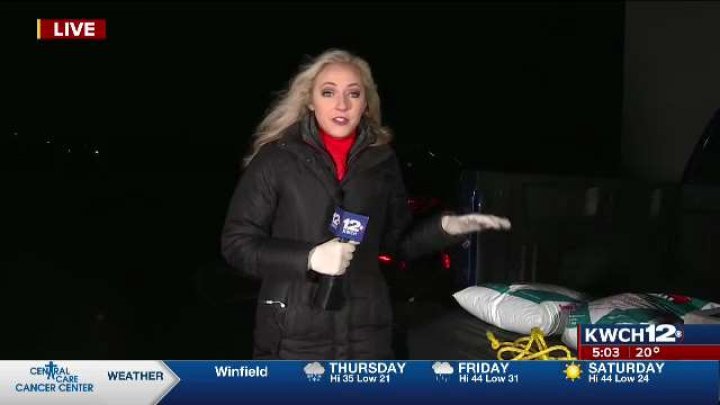 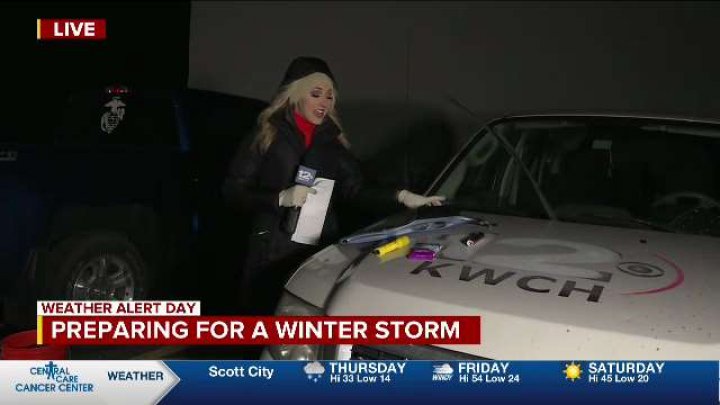 How to prepare for a winter storm

WICHITA, Kan. (KWCH) A winter storm is expected to bring freezing rain, sleet, and snow to the state Thursday evening into Friday morning.

Driving on these icy roads is going to be a concern, but there are ways to make sure drivers are being safe.

Some people put weights in the back of the car, such as sandbags, to weigh down the back tires and give it a little traction.

The Kansas Highway Patrol says it actually can help especially while braking. When you slow down, the front of your car dips down and the back lifts slightly. When there are slippery road conditions, the car can slide.

Trooper Chad Crittenden says adding extra weight on those back tires can increase traction, reducing the chance of sliding.

Drivers should still be cautious while driving. Crittenden says the extra weight in your car does not mean you can drive the normal speed limit.

He says the majority of crashes that happen in inclement weather are caused by speed.

"Our vehicles, even with all wheel drive and four wheel drive, it helps us gain traction. We can get going faster. But when it comes to the stopping, it doesn't matter if it's a four wheel drive or not," Crittenden says. "The faster you're going, the longer it takes to stop and that's when we see a lot of bad things happening."

If you're putting weights in the back of an SUV, find a way to secure it down. If you crash and flip, those weights could hit passengers. "Even hauling your groceries or a gallon of milk, it weighs eight pounds, but in a roll over collision moving at 40 miles per hour, it could potentially kill you," Crittenden says.

If you're weighing down a car, be sure to put weight in the trunk rather than the back seat.

No one injured, 1 arrested after disturbance in Andover neighborhood

No one injured, 1 arrested after disturbance in Andover neighborhood