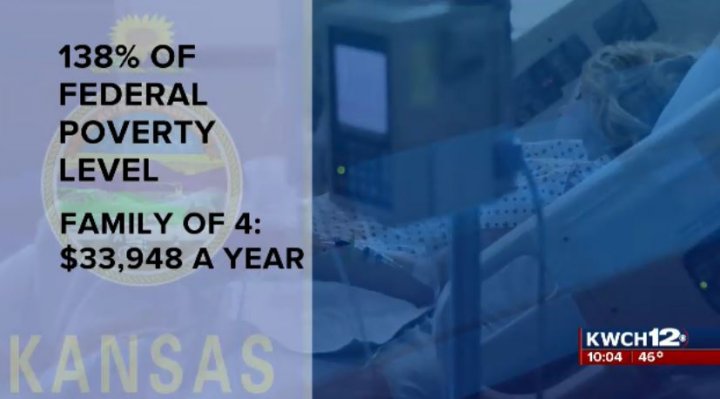 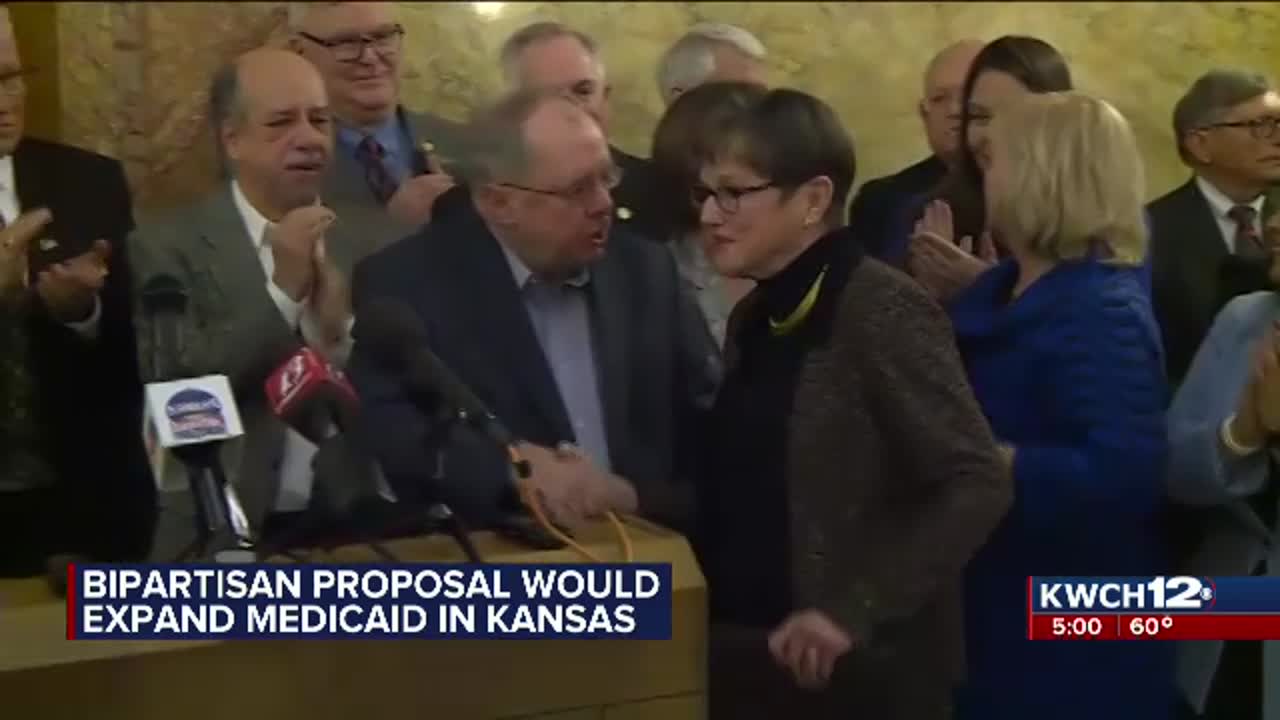 The governor said the plan is administratively manageable and affordable having learned from other states.

"This plan is fiscally responsible," said Kelly. "It includes provisions contained in the House bill that prevent Kansas from being left on the hook for an unsustainable bill should the federal government ever decide to renege on its decision to fund 90-percent of the cost."

Both the governor and Senate Majority leader Jim Denning said the proposal came down to one main factor - compromise.

“Compromise is hard, it’s messy and it’s slow. But it’s so worth it,” said the Governor.

"In the spirit of compromise and governing, we have a really good, complete plan for Kansas that goes well-beyond just Medicaid expansion," said Denning.

One compromise was the work requirements. Those applying for Medicaid will have to fill out a form showing they are looking for work or show why they are not able to work. Enrollees would pay monthly premiums of up to $25 per month, or $100 for a family of four, as proposed in House Bill 2066. A hardship provision is also included.

The plan also includes a re-insurance program to support Kansans who buy health insurance through the exchange. That program would go into effect no later than January 1, 2022.

"The exchange is in a death spiral. The premiums have doubled since it was introduced. The membership is down by 20%. Out of pocket expenses up 30 percent. We're creating a whole new universe of un-insured patients," said the Senate majority leader.

Another part of the plan would require Medicaid to cover any procedure for an inmate who would have to go outside the jail for more than 24 hours. Denning said the coverage would no longer be covered by property taxes.

He also said the plan would support mental health patients and the facilities that serve them.

The program would be funded by an annual hospital Medicaid expansion support surcharge of up to $35 million, which has been endorsed by the Kansas Hospital Association, to be effective July 1, 2021. This compromise proposal does not require a tax increase.

"This is what good government looks like: you go from differences of opinion to dialogue to compromise, and that is exactly what has happened here," said

Denning said the bill would be pre-filed on Thursday with 22 co-sponsors and presented in the Senate once with the legislative session resumes next week.

For advocates of Medicaid expansion, the agreement is encouraging.

"There's too many people who I consider the working poor who can't afford healthcare who are working, and we need to resolve this issue," Wichita resident Vas Oldziey says. "And this is one step towards that."

Brownlee says his organization was an early supporter of Medicaid expansion in Kansas.

"We believe in expanded access, but it needs to be done fiscally responsibly," he says.

Sales tax on Netflix? State budget proposal could add to your bill

Sales tax on Netflix? State budget proposal could add to your bill