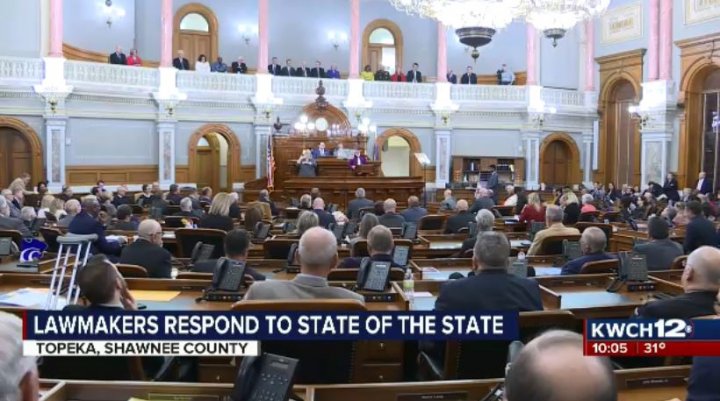 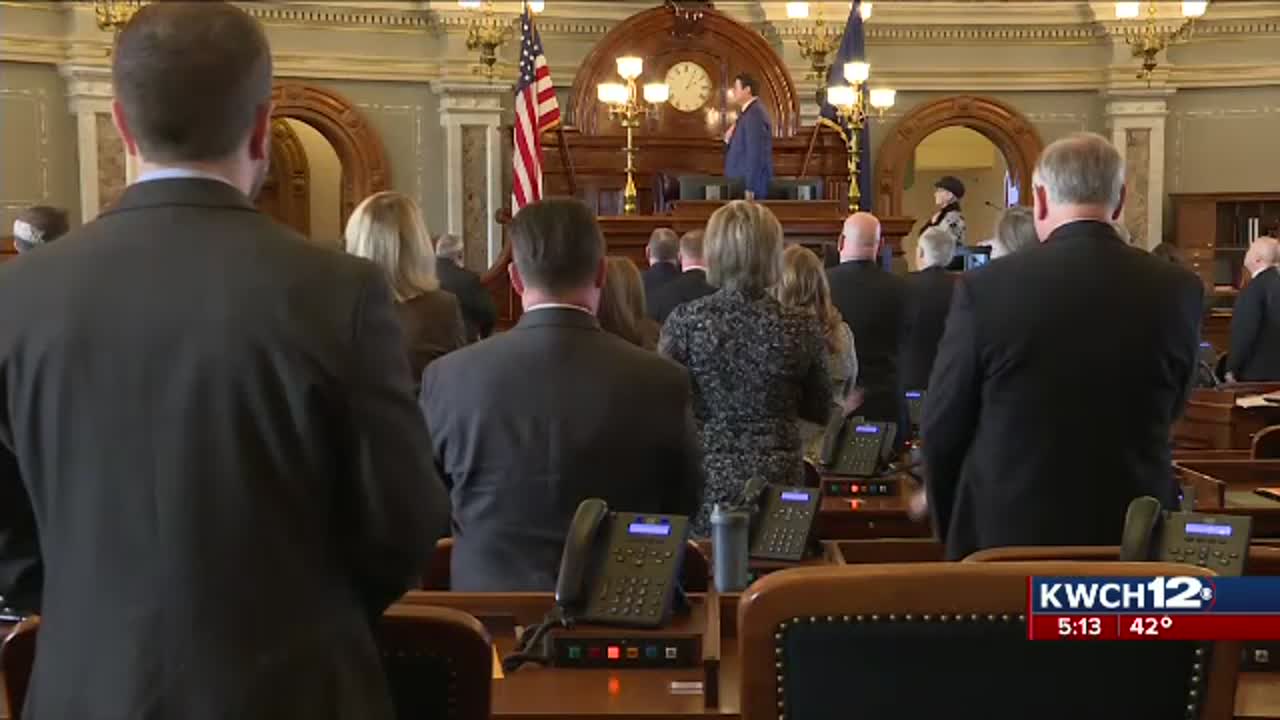 Kansas lawmakers prepare for State of the State Address

In this photo taken Thursday, Jan. 2, 2020, Kansas Gov. Laura Kelly answers questions during an Associated Press interview in her Statehouse office in Topeka, Kan. Kelly is proposing that the state give itself breathing room in its budget by cutting its annual payments to its pension system for teachers and government workers, offering a new version of a plan that the Republican-controlled Legislature spiked last year. (AP Photo/John Hanna)

The governor outlined her first year in office as one of rebounding from controversial tax cuts under Gov. Sam Brownback. She touted having the lowest unemployment rate in 40 years and successfully funding of Kansas schools.

Kelly addressed the recently-announced layoffs at Spirit Aerosystems and the agriculture economy which she said continues a downward spiral. The governor said her goal is to increase exports of Kansas farm commodities.

The governor said in this session she's prepared to make sure education meets workforce demands across Kansas.

Under her budget plan, Kelly addressed the need to expand Medicaid pointing to a study that states since 2014, 288 Kansans died early because the state didn’t expand Medicaid. She also said the rate of rural hospital closures increased under non-expansion.

The governor said infrastructure needs to be maintained, rural broadband needs to be expanded and shared a goal to end banking for the Kansas Department of Transportation.

Kelly says she wants lower taxes on groceries and property-tax relief She said she would veto any tax bill that would put Kansas in a financial crisis, increase debt, or leave schools underfunded.

The governor addressed the Social Safety Net with the hiring of new social workers and stabilized nursing home finances.

Ryckman says Kelly and Republicans in the Statehouse both want a bright future for Kansas.

"But we differ in our vision on how to get there," he says.

Ryckman says Kelly's approach puts a band-aid on budget problems in the state.

"Kansans are tired of budget gimmicks that simply kick the can down the road, tired of courtroom battles that divert funding away from critical services like mental health and foster care, and tired of government intrusion that makes it harder for job creators and working Kansans to get ahead," Ryckman says.

A key issue Ryckman addressed is a plan from the governor he says, takes on another $4.4 billion in debt by refinancing the KPERS retirement system.

"It's disappointing to see this proposal back on the table," he says.

The bottom line Ryckman says in his rebuttal, is that "the state cannot continue to spend more than it brings in, leaving Kansans like you and me to pick up the tab."

State lawmakers are starting to gather to hear what governor Laura Kelly has to say about the State of Kansas.

Gov. Laura Kelly will deliver her State of the State address, where she will list her priorities for the upcoming legislative session. Expected to be chief among them is the expansion of Medicaid.

Also expected to come out of the address is how Gov. Kelly's budget will take shape.

Some lawmakers say they want to see increased funding to pay prison employees.

"Our prisons have been full, so I'm really hoping we can look at that a little more seriously because the problem we've had is not being able to pay our staff enough," said Rep. Gail Finney of Wichita.

Others say the state's infrastructure is what needs to be addressed.

"The main thing about transportation is we need to quit using KDOT as a bank," said Rep. Marty Long of Ulysses.

Republican lawmaker Stephen Owens, of Hesston, just wants to make sure the funding doesn't come at the sacrifice of taxpayers.

"We're seeing a lot more money come into the state. While there's certainly spending priorities, we're also one of the highest-taxed states in the nation overall when you put all of our taxes together," he said.

Gov. Kelly held a series of town hall meetings last year to see what issues were on top of the minds of Kansans when it comes to the upcoming budget. In the Wichita area, one of the main issues was mental health care.

You can watch the full address at 6:30 p.m. on KWCH.com, the KWCH app and the KWCH Facebook page.