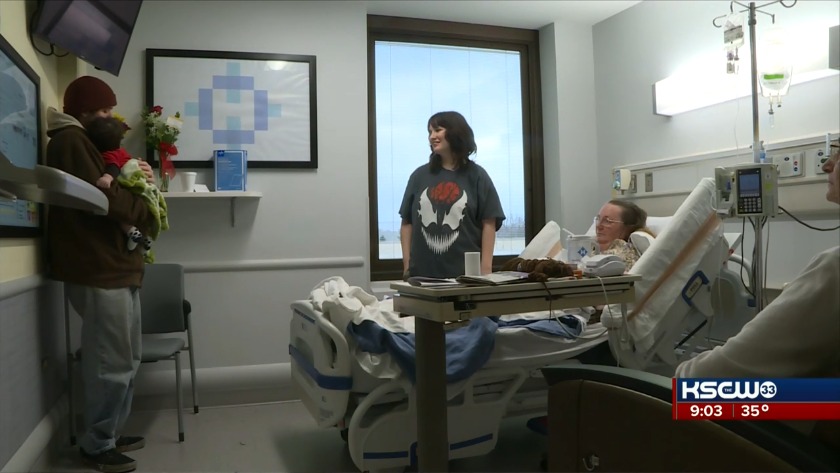 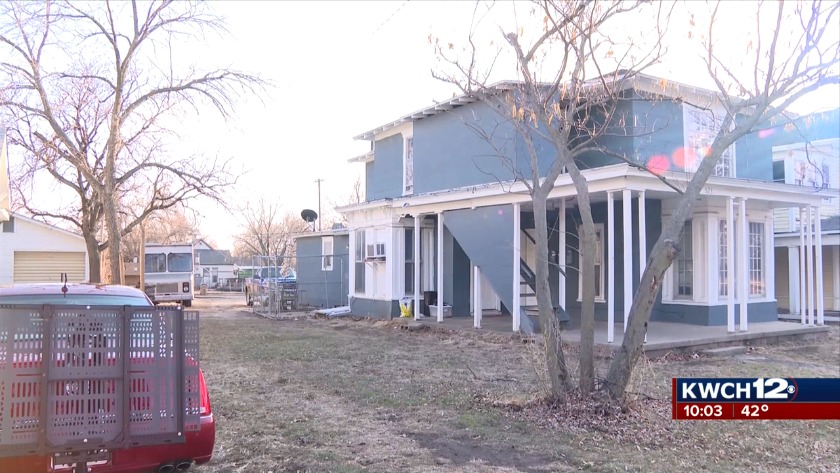 A woman injured in a Monday afternoon dog attack outside a Hutchinson home is released from the hospital and expected to make a full recovery.

Despite several bite wounds on her legs and arms, Tina Stapleton says it could've been much worse.

It was normal Monday afternoon for Stapleton as she walked down Avenue A near her Hutchinson home.

"There was a dog coming towards me barking, and I said very harshly, 'stop, no,'" Stapleton says.

Just like that, her walk turned into a nightmare. A second dog emerged and both animals attacked her.

"He got me on my leg, both my legs, and I turned around and he got me on the front. I blocked and I got a coat ripped. If it wasn't for that really thick leather coat, he would've gone through my arm," Stapleton says.

She says the two dogs broke out of a makeshift pen in their owner's backyard. Stapleton climbed onto the hood of a car, trying to escape the aggressive dogs. A couple who saw what happened called 911 while another man fought off the dogs with a stick until police arrived.

Stapleton says the man who stepped in saved her life.

"It would've been a lot worse if it wasn't for him," she says.

Once emergency crews arrived on the scene, they took Stapleton to the hospital. She was seriously injured and her condition wasn't stable. She stayed at the hospital overnight.

While thankful she'll be okay, Stapleton is angry about what happened.

"I could've been easily a nine-year-old girl walking down and the dogs wouldn't care," she says.

Once police arrived on the scene, one of the dogs charged at police and an officer shot and injured the dog. The dog survived and both animals are in protective custody.

An injured woman is hospitalized, a man arrested and a dog shot after Monday afternoon dog attack in Hutchinson. Hutchinson police say officers responded to a report of a dog attacking a woman at about 1:38 p.m. in front of a home in the 400 block of East Avenue A.

"Officers provided first aid to a 55-year-old female who had significant injuries to both of her legs," police say.

Police say one of the two dogs involved charged officers and one of the officers shot the charging dog, injuring it.

The woman received treatment for her injuries at Hutchinson Regional Medical Center.

"When officers arrived, they found the (woman) had injuries that could be life-threatening and provided medical assistance, which included applying a tourniquet," police say.

They say one of the dogs charged after other officers arrived and attempted to contain them in a backyard.

"The officers were able to contain the dogs, and with assistance of animal control, secured the dogs," police say.

Police arrested 21-year-old Ismael Rojas, who lives at the home where the attack happened, and booked him into the Reno County jail on one count of aggravated battery.

A neighbor called 911 after witnessing the Monday-afternoon attack. Richard Wickliffe says he heard a woman screaming and saw a man trying to keep the dogs back with a large stick.

He credits that man for saving the woman from more severe injuries, possibly even saving her life.

"He saved the day, he saved her life," Wickliffe says. "I will tell you that because if the dogs would have got her down, they would have taken her life, I'm sure of it."

Wickliffe, a former police officer who worked for the Hutchinson Police Department for more than 30 years, says he's never seen anything like this.