Can law in Kansas cut down on delays at train crossings? 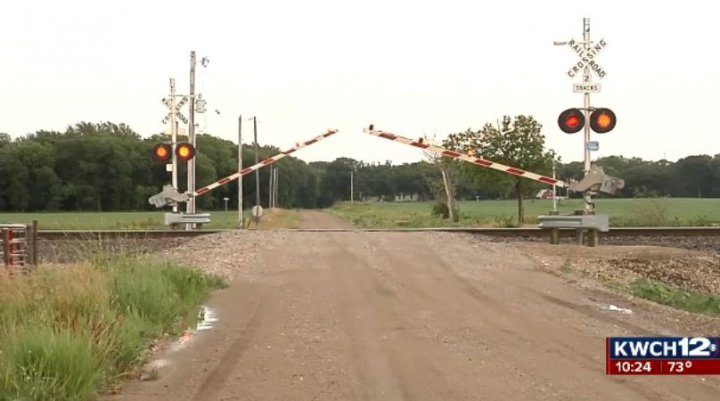 Can Kansas law cut down on delays at railroad crossings?

OKLAHOMA CITY (KWCH) A new law set to crack down on trains blocking Oklahoma roads is in now in effect.

Local law enforcement can now locate the railroad in order to serve a citation for up to $1,000 that would be enforced by the Corporation Commission.

The OCC monitors the operations of twenty-four Oklahoma railroads for compliance with state railroad crossing safety regulations for more than 4,100 public, at-grade crossings in the state.

If you encounter a crossing that is blocked by a non-moving train for a period of more than 20 minutes, or if there is an emergency, call the toll-free emergency number posted at the crossing. Look for the Department of Transportation (DOT) number on the sign and be sure to include that when you call.

The law now in effect in Oklahoma has Kansas drivers hopeful for similar legislation. Among them is April Gergoire who drives to work each day before the sun comes up. She says when driving near Harry and Orient in south Wichita, she sometimes runs late because of train traffic.

"I have had to call work and say, 'hey, I'm going to take an alternate route,' and by the time I get there, the train is already there and I'm late to work a time or two,"she says.

Eyewitness News spoke with neighbors near Lincoln and St. Francis who say it's not uncommon for a train to block the intersection for up to an hour. They worry about safety, as drivers try to find alternative routes on their one-way street.

"And they'll use my driveway to cut through my yard," says Katrina Rucker who lives near the tracks.

Rucker says a similar law to Oklahoma's could improve safety in her neighborhood, but she's not optimistic that such a change will happen for Kansas.

If there is a change to Kansas law, what happens when a law-enforcement officer actually tries to issue a ticket? One Kansas town found out.

In Cottonwood Falls, the Chase County sheriff says train delays can post a problem for first responders, as well as drivers who may be facing a time crunch.

Dorneker says he's issued about a dozen citations to the railroad company. The citation is a misdemeanor and up to a $50 fine. He says the county won a case in court in the county, but a higher court overturned the ruling because trains engage in interstate commerce and therefore are only regulated by the federal government.

Dorneker says there's not much more he can do.

"I do believe they should have to follow guidelines as far as the state statutes and state laws and stuff like that," he says. "That law has been on the books for several years on the 10-minute rule."

Officer told to 'tone down' gayness settles suit for $10.25M

Officer told to 'tone down' gayness settles suit for $10.25M