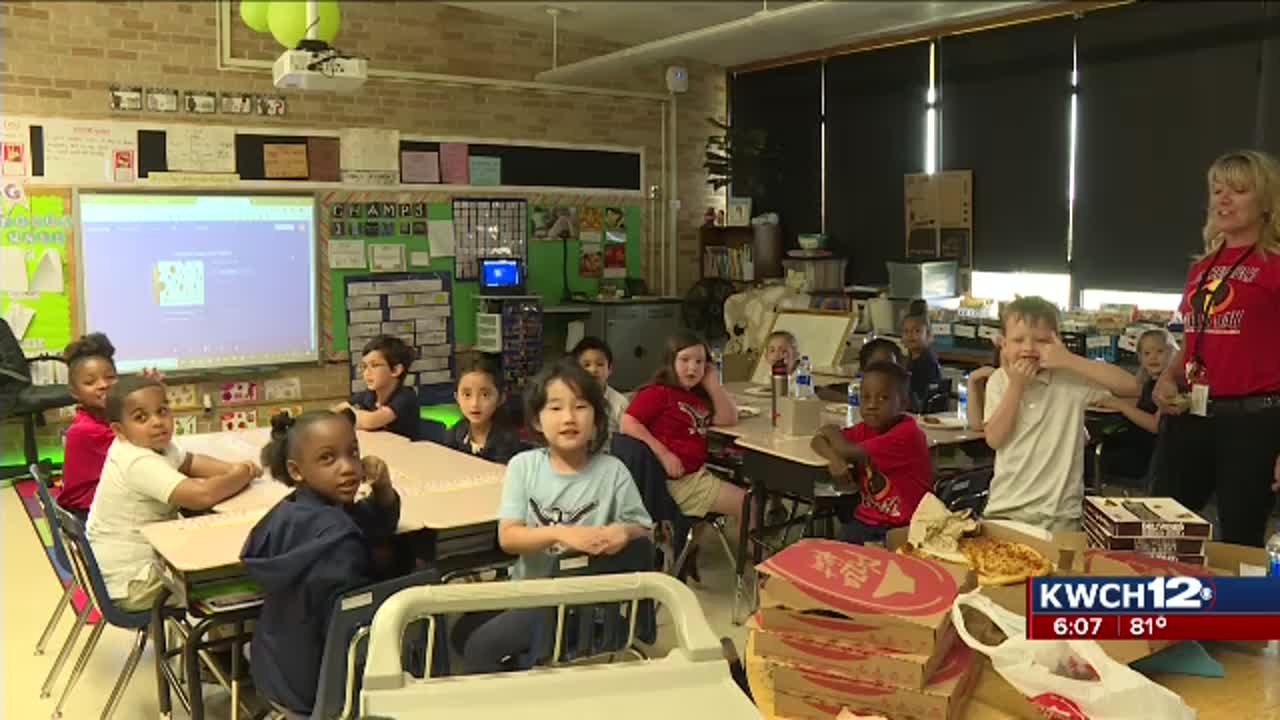 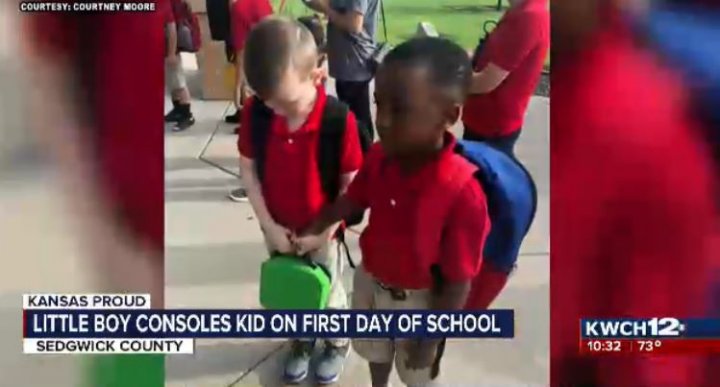 A Minneha Elementary class gets a pizza party, thanks to a touching moment between classmates, captured in a viral photo.

The photo shows a boy named Christian holding the hand of a boy named Conner. Conner, who has autism, was crying on the first day of school and with the gesture, Christian was there to help him.

A man from New York was among those who saw the photo and Friday, he treated Christian and Conner's class to pizza as a way to say "thank you" for their kindness.

That man, Larry Goldberg, felt compelled to show his appreciation, even though he's never been to Kansas.

They say a picture is worth a thousand words. A photo taken by a Wichita mother details two words - compassion and friendship.

Courtney Moore captured several shots of her son on the first day of school at Minneha Elementary School. One special photo is capturing the hearts of the masses. In it, eight-year-old Christian holds hands with his classmate, Connor.

"I'm so proud of my son," said Moore in the caption, "he seen a kid balled up into a corner crying, so he went to console him, grabbed his hand and walked him inside of the school! It is an honor to raise such a loving, compassionate child! He's a kid with a Big heart, the first day of school started off right."

Not only did more than 2,000 people share and react to the photo, but April Crites, the Connor's mother offered her own praise and thanked Christian for his kind actions.

"Tell your son I said thank you so very much!" Crites commented on Moore's post. "That little boy he helped is my son and is autistic, I worry everyday that he is going to get bullied for being different and your son just absolutely warmed my heart. If there were more children like him I wouldn't worry about such things.

Moore responded saying Christian too struggles with speech and both boys are unique in their own way.

"I hope that this will be the beginning of a new friendship for both of our sons. Your son was so sweet."