Stepmother of Lucas Hernandez booked on 2 counts of child endangerment 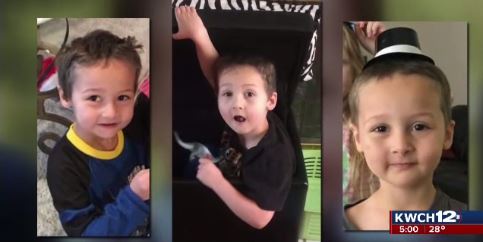 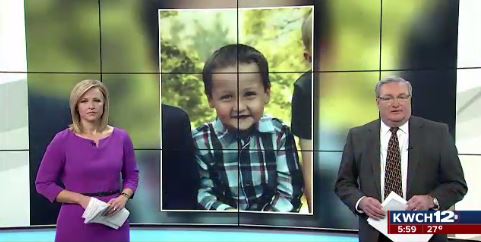 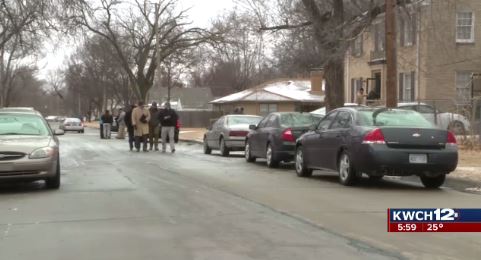 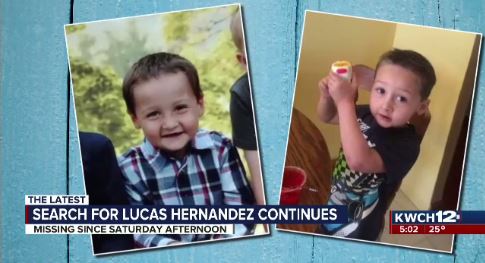 Glass was booked into jail Wednesday on two counts of child endangerment. The search for Lucas continues, five days after he was reported missing.

The 26-year-old stepmother of Lucas Hernandez has been booked into the Sedgwick County Jail on two counts of child endangerment. The five-year-old boy remains missing.

Booking sheets show that woman, Emily Glass was booked into the jail a little before 3:30 p.m. Wednesday.

Police say the counts against the woman involve two children, one of them being Lucas. Police say this is a continuing criminal investigation and the search for Lucas continues.

Anyone with information that could help police find Lucas should call the tip line at 316-383-4661.

The next door neighbor to the home from where Lucas Hernandez was reported missing say the situation is surreal. He says his own children were outside playing with Lucas about a week ago.

Neighbors say investigators have questioned them multiple times while searching homes and yards. They say questions have included whether they've seen anything out of the ordinary in the neighborhood and what they know about Lucas' family.

The next door neighbor says the family only moved in about two weeks ago, so he does not know them well. He does remember Lucas as a shy child who kept to himself.

Wednesday the family issued the following statement after his stepmother's arrest:

"As we stated before, our lives have been turned upside down. We were saddened to hear about the charges. Our main focus is still Lucas and we continue to pray for his safe return."

The parents of Lucas Hernandez's stepmother have issued a statement regarding the little boy's disappearance.

"We just want Lucas home safe. We are asking for everyone's prayers and support. We would like to thank everyone that have been so supportive," reads the statement.

Tuesday afternoon, Wichita police and investigators from the FBI were back in the neighborhood where the five-year-old was last seen.

His step-grandparents acknowledged the fact that everyone wants answers and wants to know where the little boy could be.

"We know everyone is anxious for answers, as are we. Please understand that this has turned our lives upside down and we ask that our privacy is respected. Even though law enforcement hasn't been able to provide much information to the public, please trust that they are doing everything in their power to bring Lucas home."

Anyone who knows more information about Lucas' whereabouts is asked to call Wichita police at 316-383-4661.

The Wichita Police Department at its daily briefing Tuesday encouraged anyone with information that could help them in the search for a five-year-old Wichita boy to call its Emergency Operations Command Center tip line at 316-383-4661.

Five-year-old Lucas Hernandez was reported missing Saturday afternoon from a home in the 600 block of South Edgemoor. Monday,

He was last seen wearing black sweatpants, white socks and a gray shirt with a bear on it.

Davidson says the search for the boy expanded to Chisholm Creek Park and Dr. Glen Dey Park in northeast Wichita and Harrison Park in south Wichita.

Davidson did not provide exact locations where police are searching Tuesday, but he did say winter weather would not halt search efforts.

With assistance from the FBI, the FBI Child Abduction Rapid Deployment (CARD) Team and the Sedgwick County Sheriff's Office, Davidson says there are enough resources for organized grid searches.

These searches have included the department's mounted unit, canines and even drones.

He says about 100 people are working the case of the missing boy at any time. This includes officers involved in physically searching for Lucas as well as personnel receiving tips and pursuing potential leads from them.

He says the best way for the public to help is to continue to provide tips with any information they may have, no matter how seemingly insignificant it may seem and to continue to share Lucas' photo and information about him on social media.

Davidson says Lucas' family is cooperating in the investigation, He says it is "premature" to go into details of the investigation beyond information about Lucas and did not discuss the nature of past contacts the Wichita Police Department has had with the boy's family.