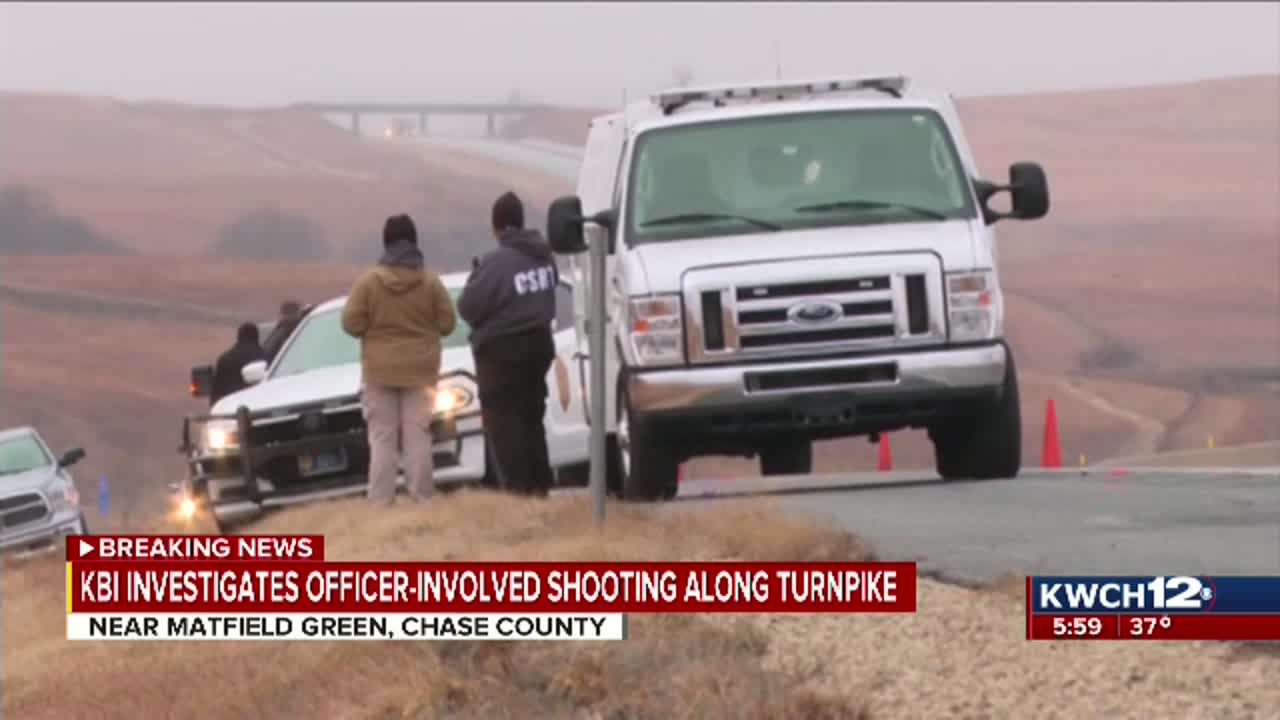 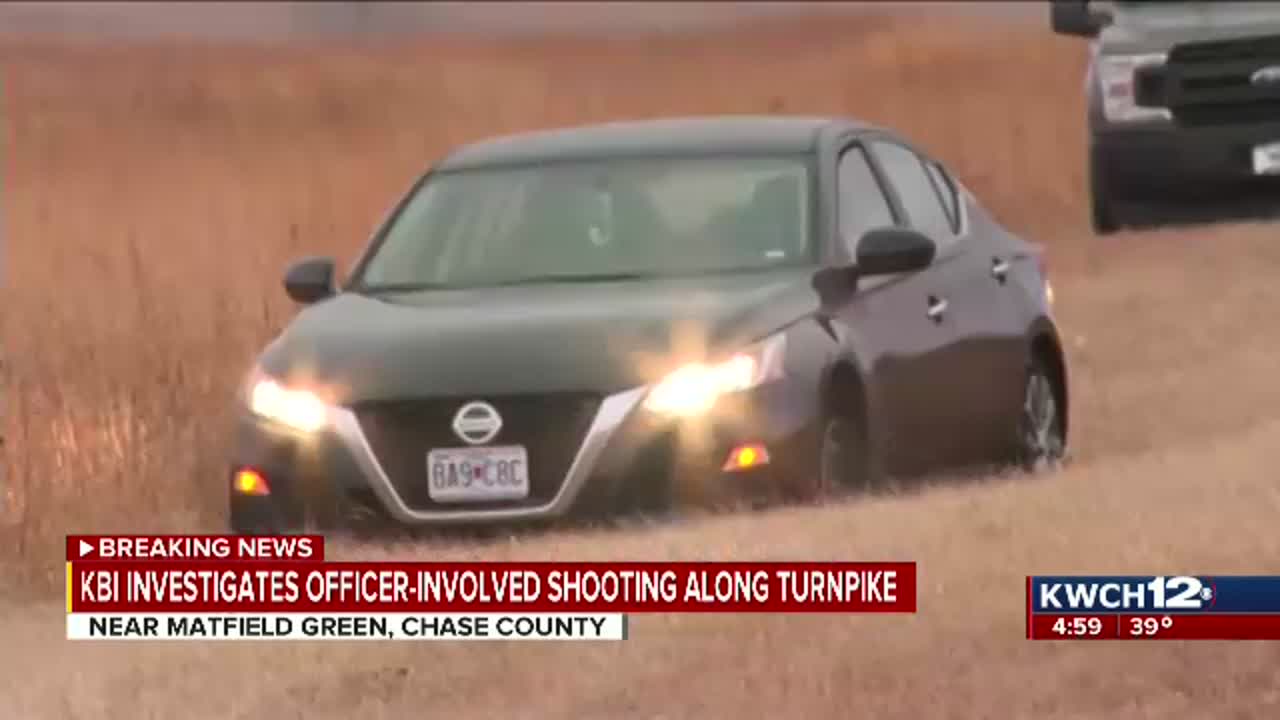 The Kansas Bureau of Investigation (KBI) has identified the man shot Thursday in an officer-involved shooting incident on I-35.

The subject has been identified as 40-year-old Dustin S. Schultz-Bergin, of Olathe, Kan. He remains hospitalized in critical condition. The investigation is ongoing.

The Kansas Bureau of Investigation is investigating an officer-involved shooting that happened Thursday afternoon on the Kansas Turnpike in Chase County. This began with a chase that ended north of the Matfield Green Service Area.

The KBI says Kansas Highway Patrol troopers 'were attempting to locate a wanted suspect when they came into contact with him at Matfield Green on I-35 (the turnpike)."

"The subject fled in a black Nissan Altima heading north," the KBI says.

"Tire deflation devices were utilized, and the vehicle stopped at mile marker 107," Crittenden says. "There was a confrontation with an armed suspect, and he was shot."

The KBI says the man identified as the wanted suspect was armed when he exited his vehicle. The confrontation led to one of two troopers on the scene firing shots.

"A K-9 was also utilized," the KBI says. "The suspect sustained at least one gunshot wound and several puncture wounds from the K-9."

The man was taken into custody and transported to a Wichita hospital. No officers were injured.

"The KBI will conduct a thorough and independent investigation into the shooting," the agency says. "Once completed, the findings will be turned over to the Chase County Attorney for review."

At approximately 1:25 pm today, the Kansas Highway Patrol was involved in an officer involved shooting. This occurred on the Kansas Turnpike in Chase County. There is no active threat to the public. I will post an update as soon as more information is available. pic.twitter.com/Rv4wiBsdW1