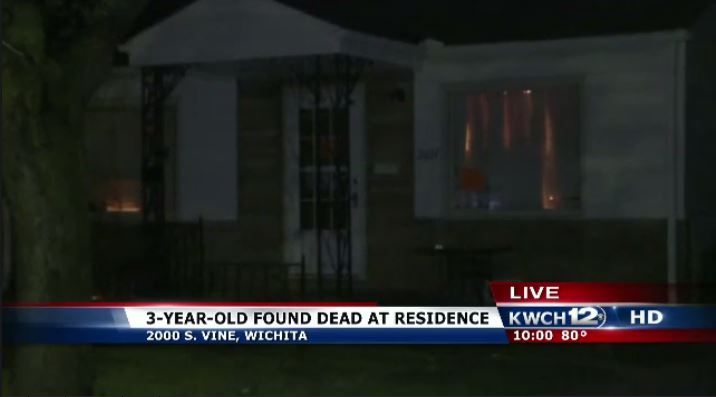 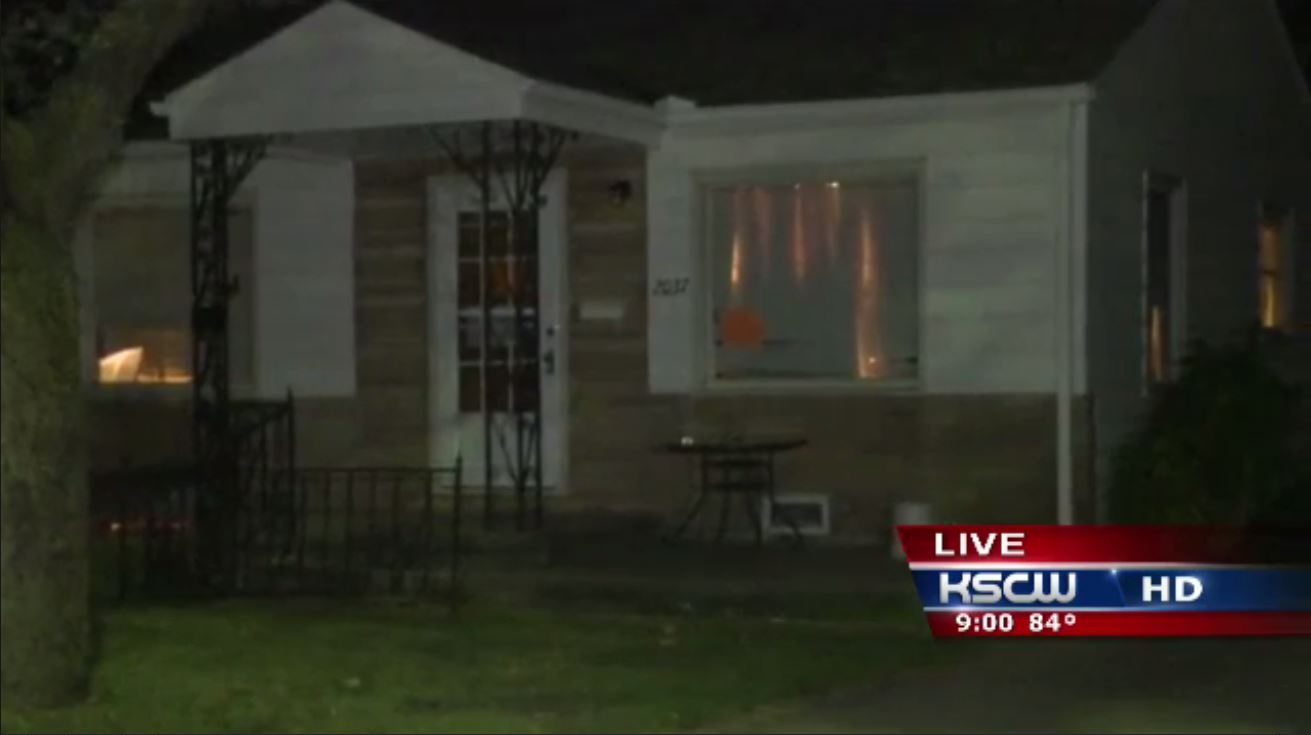 Wichita police say they suspect the remains of a three-year-old boy that were found over the weekend to be that of a missing boy.

The boy's remains were discovered at a south Wichita home in a concrete structure on Saturday.

Lt. Jeff Gilmore with the Wichita Police Department said in March, Carlo Brewer contacted the Department for Children and Families regarding his 3-year-old son, Evan Brewer. In April, he told the agency his son was being abused.

Gilmore said several attempts were made to locate Evan's mother, Miranda Miller. The information collected led authorities to believe she had left the state with the child.

In late August, Wichita police began working case and issued an eluding order again Miller. She was located and arrested for aggravated avoidance. Bodine was also arrested at that time for aggravated assault.

On Saturday, September 2, around 10:30 a.m., the landlord was clearing out the home Miller and Bodine had been evicted from, located in the 200 block of South Vine.

Gilmore said he called police after noticing an odor coming from the structure. When officers arrived on the scene, they removed the structure and found boy's remains.

Gilmore said the investigation continues to be very active and fluid, but at this time, investigators suspect the remains to be the body of the missing boy.

He said there will be no final confirmation until DNA results come back in the next two weeks.

Anyone who knows Evan or with information on the case is asked to contact the Wichita Police Department's homicide division.

Miller is currently being housed in the Sedgwick County jail for aggravated interference with parental custody.

A Sedgwick County District Court Judge issued a protective order to Bodine to stay away from someone with the initials "C.A.B." Bond for Bodine was set at $25,000. He's next scheduled to appear in court Sept. 19.

Tuesday, Carl Brewer issued the following statement after learning the remains found in a concrete structure over the weekend were likely that of his grandson:

"We are devastated by the death of our sweet and loving grandson, Evan. We can not begin to make sense of this tragedy but are thankful the suspects are in custody. We request prayers and privacy for our family during this difficult time and while the police continue their investigation."

A family is waiting to hear if the remains of a child found in a concrete structure Saturday are those of a missing boy.

Saturday, police said they found the remains of a 3-year-old child in the home in which the missing boy was living, but they have not released the name of the child whose remains were found.

Miranda Miller and Stephen Bodine lived in the house where the remains were found. They were arrested last week and are being held at the Sedgwick County Jail on different charges in connection to a child custody case, police say.

Miller is connected to a missing child case, police say. That missing child is Evan Brewer, her son. The attorney for Evan Brewer's father, Carlo Brewer, says Evan was living with his mother (Miller) and her boyfriend, (Bodine) at the time of his disappearance.

Police have not given the name of the 3-year-old child whose remains were found Saturday, but say they have a tentative identification.

The attorney for Carlo Brewer says her client was asked for a DNA swab over the weekend to check the child's dental records.

"We have known this child has been missing for months at that location (residence on South Vine) and it was a 3-year-old's body that was found," Carlo Brewer's attorney says.

Neighbors say last week there was a protest outside the home on South Vine in reference to the missing boy.

Court documents show Carlo Brewer tried to get a court order to protect Evan from Bodine in July.

Carlo Brewer's attorney says they are waiting for an official confirmation on whether the remains of the child found in the south Wichita home are those of Evan Brewer.

Neighbors say they are shocked after the remains of a 3-year-old child are found in a concrete structure.

"It was a green tarp, but you can see a box if you would. Heavy. I hate to say it, but it looked like a small coffin. Cause it was like the size of a toddler bed. But very heavy. (It) took a forklift to get it out of the house," one man in the South Vine neighborhood says.

He says he can't imagine losing a child.

"I didn't know the man and woman who lived in the home very well, others say they mostly kept to themselves," he says.

That man and woman were arrested earlier last week on charges connected to a different custody case in the Sedgwick County Jail.

Miranda Miller was booked for child custody charges on Wednesday and Stephen Bodine was also arrested for aggravated assault charges.

Miller was connected to a 3-year-old that went missing back in July named Evan Brewer according to Kansas Missing and Unsolved, but police have not identified the child whose remains were found in the concrete structure.

The Wichita Police Department made a grisly discovery Saturday night on a call to a home in the 200 block of South Vine.

A property owner cleaning out a rental property alerted police to the suspicious concrete structure emitting an odor in the house.

Residents of the house, a 40-year-old man, and a 36-year-old woman were arrested earlier in the week and are being held in the Sedgwick County Jail on different charges associated with a child custody case.

An investigation into the circumstances of the child's death is ongoing.

Police have a tentative identification on the child, but confirmation of the child's identity is being coordinated through the Sedgwick County Medical Examiner.