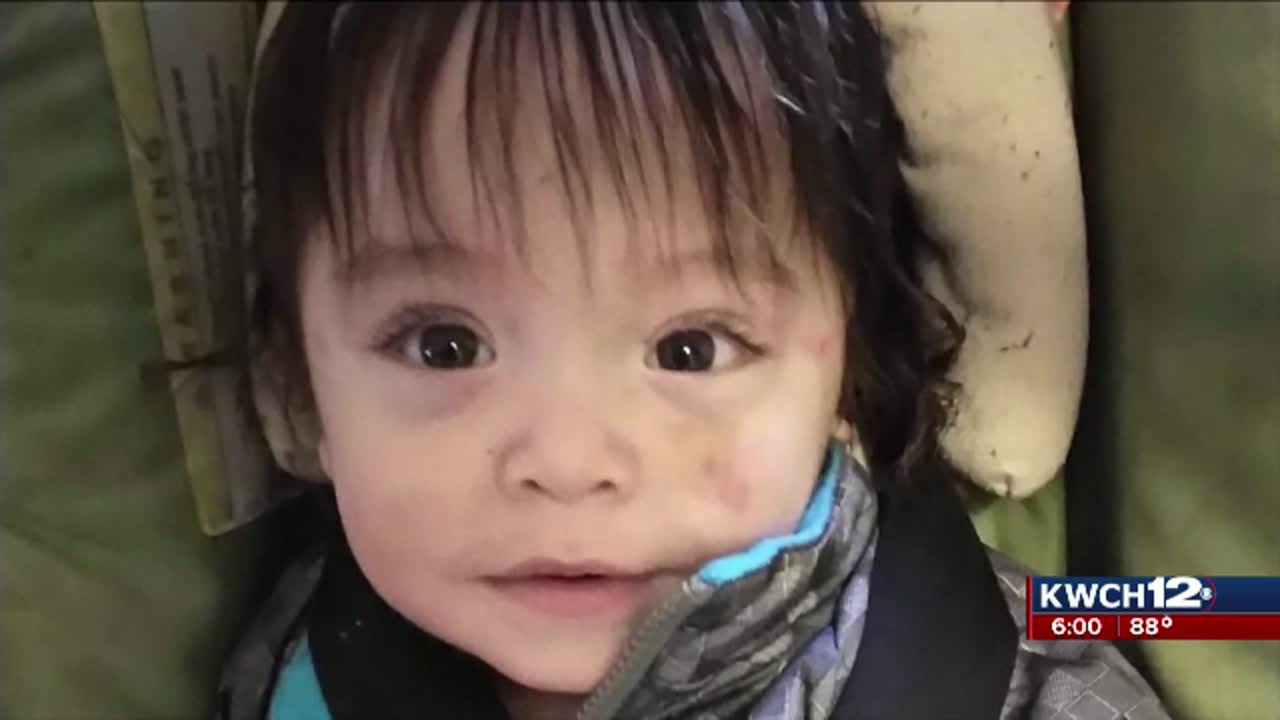 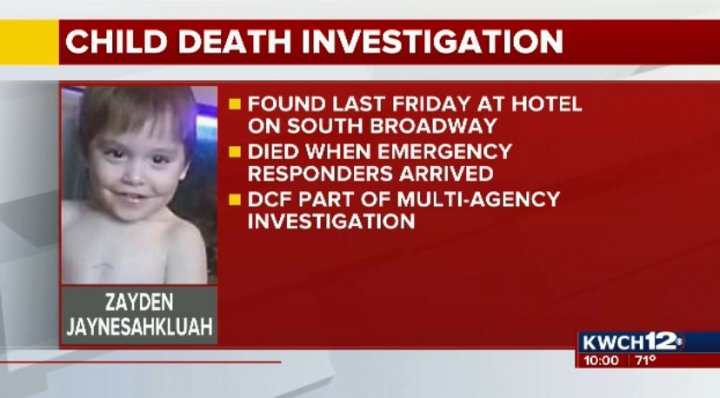 As the investigation continues into 2-year-old Zayden Jaynesahkluah's death, Eyewitness News hears from the boy's mother about what she witnessed prior to emergency crews finding the boy dead in a south Wichita motel room on May 31 and what she says are misconceptions about how she treated Zayden.

Zayden's mother, Kim Compass, says she was staying at the south Wichita motel last Friday (May 31) when she woke up to find her son deathly ill.

"When I got up to get him, I saw he had (thrown) up," Compass says. "I immediately called the EMS, the paramedics, 911. They told me to do CPR on him. "It freaked me out. I became hysterical, which of course, I would. He's my son. Then I just waited for them to get there to help."

Zayden died at the motel and the Kansas Department for Children and Families (DCF) opened the investigation. Compass says any past contact she's had with DCF was based on false claims.

"A lot of people were calling DCF on me, making false reports," she says.

She says since Zayden's death, those false statements have continued.

"Everybody says they're not jealous of me," Compass says. "They have no reason to be, but as a mother who has just lost her son, what other reasons would you have to be hateful in this situation when I've done nothing but care for my children?"

No arrests have been made by police who say they're waiting for the results of toxicology tests before making any decisions. Meanwhile Compass wants to clear up any misconceptions about her relationship with her children and mourn the loss of her son.

"It's hard for me also with everybody being so accusive," she says. "The people that are closest to me are trying to support me more than ever now through this process because they know in their hearts how good of a person I am and how much I enjoy all kids and that I would never hurt my son."

Zayden's father says at this point, he doesn't know what to think and, like police, is waiting to hear the results of toxicology tests before he decides anything.

An investigation is underway following the death of a 2-year-old boy in south Wichita last month.

According to a police report, officers were called to a motel in the 2300 block of S. Broadway at 9:46 a.m. on May 31 after a 23-year-old woman called to report the child not breathing. EMS responded and pronounced the child dead at 10:35 a.m.

Capps says Zayden was found unresponsive and alone in the motel room on South Broadway and the ongoing investigation involves the Wichita Police Department, the Exploited and Missing Child Unit (EMCU) and DCF.

The state representative says fellow legislators need to take action to address problems associated with cases in which children are abused or don't receive the care they need.

"We can't be allowing this to happen. We keep saying, 'well that's a travesty,' or, 'we need reform'. We've got to stop talking about that. We need to do something," Capps says. "And we start by pulling the veil of secrecy back from the Department for Children and Families so that we can see where the problems are at and we as legislators can actually dig in and fix the problems."

A GoFundMe page is established to help cover funeral expenses for the boy.