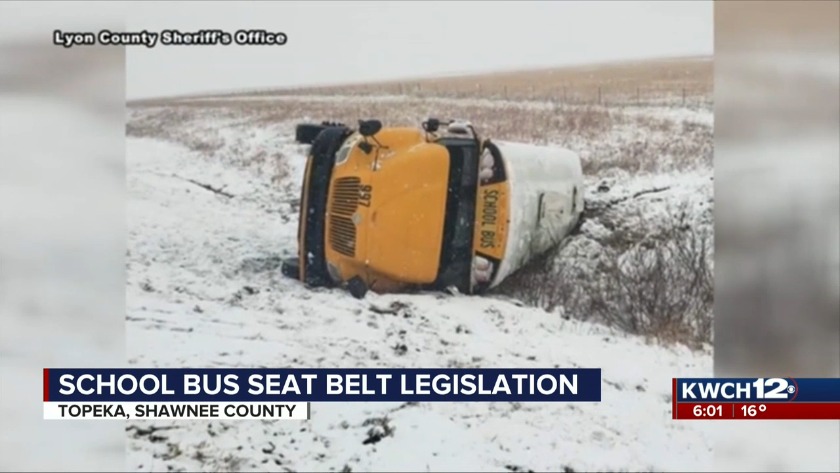 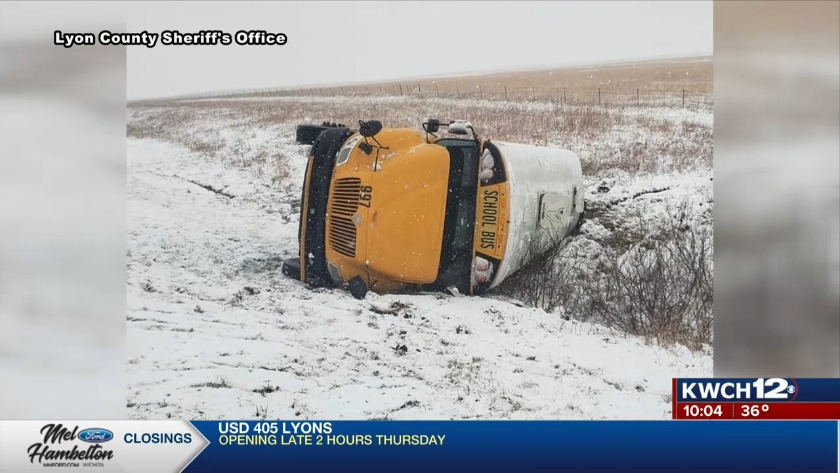 The Kansas Highway Patrol says the bus driver lost control, slid off the road and rolled into the ditch near Emporia. The school district says students from Park Elementary School were heading to Topeka for a field trip.

After the reports of injuries, viewers reached out on Facebook asking why school buses don't have seat belts.

Collins Bus Corporation in South Hutchinson makes buses for school districts all across the country.

In 2017, Kansas lawmakers looked at whether to require school districts to buy buses with seat belts when replacing their fleet. At that time, adding seatbelts would cost about $10,000 per bus. The bill failed to pass as school districts said they didn't have the money to pay for it.

Charlton says, if the state doesn't require seat belts, it's up to each school district to have them installed.

"Here at Collins Bus, we build all our busses custom by state spec and what the school district wants, so, for example, the state of Kansas doesn't mandate seatbelts, but what they will do is it's up to the school district themselves to whether they want seatbelts or not," he said.

On Thursday, Eyewitness News reached out to the Kansas State Department of Education. The agency says it's not opposed to legislation that would require seat belts on large school buses.

Lawmakers say it's all about safety.

"The bottom line, in regards to school bus safety, is what are we going to do that children riding our school bus are always safe in riding the vehicles. The process, it will come forward to our committee and we'll look at it, we'll debate it," said Rep. K.C. Ohaebosim.

KSDE says on buses, the seats are set a specific distance apart with high backs that are well-padded. In the event of a crash, if students are propelled forward a short distance, the seat in front of them would act as an airbag.

3 teens in custody after chase, crash near Andover

3 teens in custody after chase, crash near Andover