EMPORIA, Kan. Fort Hays State was voted the top team in the country in the D2 media poll this week. A loss at Emporia State Wednesday night will likely bump them down from that top spot. The winning shot from that game, a three ball from Hillsboro native Addie Lackey with 16 seconds on the clock.

She's just one of many former Kansas high school stars on the floor in Emporia, which include all five starters for Fort Hays State.

"It is pretty cool we have so many Kansas girls, and we're up there in the rankings so hopefully we get a little respect from that," said former Central Plains star Taylor Rolfs, a guard for the Tigers.

FHSU Head Coach Tony Hobson says Kansas is a big part of the success of the D2 schools around the state.

"We do have a lot of good players from Kansas, our starting five, Rolfs off the bench, so there are, there's a lot of good players--probably two or three of them that are division one players but they're really impact players at the D2 level," Hobson said after the Tigers loss.

Those include Carly Heim, the FHSU starting Point Guard, who ran the point during much of the longest winning streak in Kansas high school history at Hoxie.

"It's really cool," Heim said after the game. "You actually play against a lot of them in high school so it's nice to finally be on their team instead of against them."

Heim is joined in the starting lineup by Tatyana Legette, their leading scorer and rebounder--a Topeka-Seaman alum; Belle Barbieri, a former Abilene Cowgirl that is averaging 9.4 points and 6 boards in her first year as a starter; Lanie Page, a former top 100 prospect from Wamego that excels from behind the three point arc, and Kacey Kennett, a former Olathe South Falcon that was named honorable mention All-MIAA as a sophomore a year ago.

Then there's Central Plains alum Taylor Rolfs who lead the charge off the bench with a team high 13 points Wednesday night. In all, 10 of the 14 players hail from the Sunflower State. And though they'll fall in the rankings following the loss, their sense of home state pride shined after the game.

"I mean Kansas basketball has been good and still is good so we kind of take it as a pride thing," Rolfs said. "Honestly we have other girls from other states too that are doing just as well, but it is nice to see Kansas girls still competing." 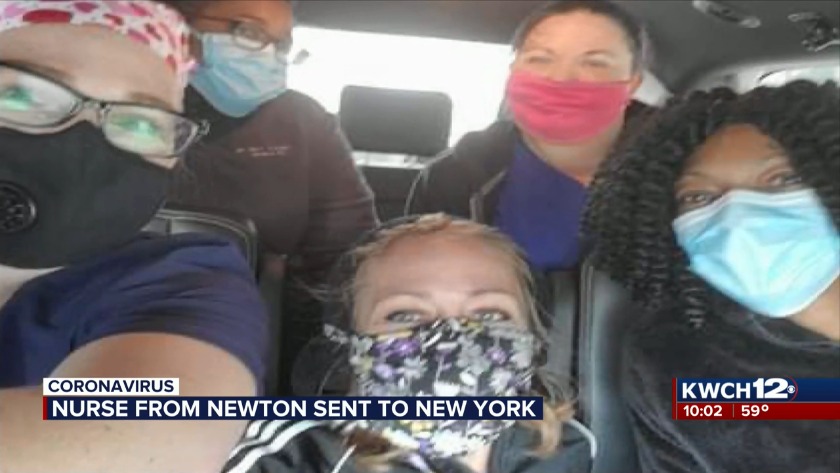