The world's No. 1 vodka brand has a message for adults around the world: 'Don't Be Shy,' live your truth and celebrate with great flavors

NEW YORK, Oct. 15, 2021 /PRNewswire/ -- The world is ready. Smirnoff is ready. Today, Smirnoff is announcing it is officially teaming up with Colombian singer, songwriter and business mogul Karol G to collaborate on new projects that showcase the power of Latin culture, as well as support the brand in its longstanding commitment to diversity and inclusion efforts. The announcement comes as the U.S. celebrates Hispanic Heritage month through Oct. 15.

"Karol G is a Latina powerhouse and is unapologetically pushing cultural boundaries with her own unique flavor," said Jay Sethi, Chief Marketing Officer, Diageo Beer Company, and Senior Vice President, North America Convenience Category Leader. "The collaboration between Smirnoff and Karol G is all about celebrating Latin culture and its diverse flavors, while bringing everyone together to live life louder. The world is ready. ¡El mundo está listo!"

Karol G is adding her own personal flavor and powerful voice to the Smirnoff "For the People" campaign, which celebrates authenticity and that amazing things will happen when people come together. Dubbed "Sabor for the People," the new spots starring Karol G, set to one of her latest hits, "Don't Be Shy," showcase the new Smirnoff Poco Pico Seltzer variety pack hitting shelves and taste buds this fall and the Smirnoff Spicy Tamarind boutique of products across spirits and flavored malt beverages.

"Being authentic, not explaining yourself, and expressing yourself without labels, stereotypes or fear are messages that mean a lot to me. I am very happy to work with Smirnoff because they embody everything I just mentioned," said Karol G. "As one of my first multi-dimensional partnerships, I'm thrilled to work together to inspire people to express themselves without fear of being judged, and instead celebrate life and everyone's uniqueness together with music and drinks."

Earlier this summer, the brand announced it would be hitting the road with Karol G this fall for her highly anticipated "Bichota Tour" presented by Smirnoff. As part of the tour, kicking off on Oct. 27, Karol G will visit multiple cities across the U.S, concluding the 2021 tour with shows in Puerto Rico and Colombia. At select stops, adult fans should be on the lookout for unique Smirnoff activations.

Both the Smirnoff Poco Pico Seltzer variety pack and Smirnoff Spicy Tamarind products are the perfect balance of sweet and spicy taste experiences that will awaken your taste buds and bring people together to share our differences and unlock the best flavor in ourselves. The Smirnoff Poco Pico Seltzer pack is available in four subtle heat flavors – Mango Chili, Pineapple Jalapeno, Spicy Tamarind and Spicy Margarita premium malt beverage. This is the newest line of seltzers for the iconic brand that looks to show that "The World is Ready" for for something disruptive and bold in a sea of seltzer that needs something fresh and flavorful.

Fans 21+ can follow @Smirnoff on Instagram to get their Karol G flavor fix. No matter how you choose to celebrate your unique flavor and living life louder, please remember to drink responsibly.

Smirnoff has been giving the people what they want since 1864 serving as a catalyst to revolutionizing drinking culture across generations from inventing the Moscow Mule and reimagining the vodka martini to creating a cultural mainstay that defines the flavored malt beverage category with the launch of Smirnoff Ice in 2000.

Because the brand is dedicated to the people and their evolving taste preferences, Smirnoff has an option for everyone along with a dedicated history of adding fun to any occasion while keeping diversity and inclusion at the forefront. Truly showing the power of socializing when everyone (21+) is invited to celebrate.

The Smirnoff portfolio offers a variety of options for adults across vodka and flavored malt beverages. Current offerings include foundations in Smirnoff No. 21 Vodka and Smirnoff Ice, a line of flavors in North America and ready-to-serve flavored malt beverages including Smirnoff Seltzer and Smirnoff Ice Smash. From culturally relevant limited editions to new innovations and zero sugar offerings, Smirnoff has always been known for quality and affordability, and prides itself on giving the people what they want.

Diageo is listed on both the New York Stock Exchange (NYSE: DEO) and the London Stock Exchange (LSE: DGE) and their products are sold in more than 180 countries around the world. For more information about Diageo, their people, brands, and performance, visit www.diageo.com. Visit Diageo's global responsible drinking resource, www.DRINKiQ.com, for information, initiatives, and ways to share best practice. Follow on Twitter and Instagram for news and information about Diageo North America: @Diageo_NA.

About Karol G
Internationally recognized as the most prominent female artist of the moment, Karol G has become not only a pop culture icon but also an important and influential powerhouse in Latin music globally. She has collaborated with notable artists like Anuel, Bad Bunny, J Balvin, Luis Fonsi, Nicki Minaj, Nicky Jam, Ozuna, Quavo, The Jonas Brothers and many more. She is the singer-songwriter of Latin music's biggest hits, including "Tusa" with Nicki Minaj, which became the #1 Latin song of 2020, after staying at the helm of all global charts.

Karol G is the winner of a Latin GRAMMY and a multitude of other awards, including 50 Diamond certifications from the RIAA in the United States. With so many indispensable achievements, the superstar has made a seamless transition into international markets, breaking language barriers and dismantling stereotypes. Closing 2020, she was proclaimed the #1 Latin artist in the world for the second year in a row by Billboard. Karol G is one of the top-selling female artists, with more than 30 billion streams globally and more than 80 million fans across social networks.

Further asserting herself as an international powerhouse, her most recent album, "KG0516" made history with the biggest debut for a Spanish album by a Latin female artist. The album seized the #1 spot on Spotify's "Top Global Album Debuts," Apple Music's "Top Latin Albums" and Billboard's "Top Latin Albums." Becoming the best performing album in Spanish by a Latin female act, "KG0516" closed its first week of release with more than 24 thousand units sold, and currently has more than 11 billion combined audio and video streams across digital music platforms. 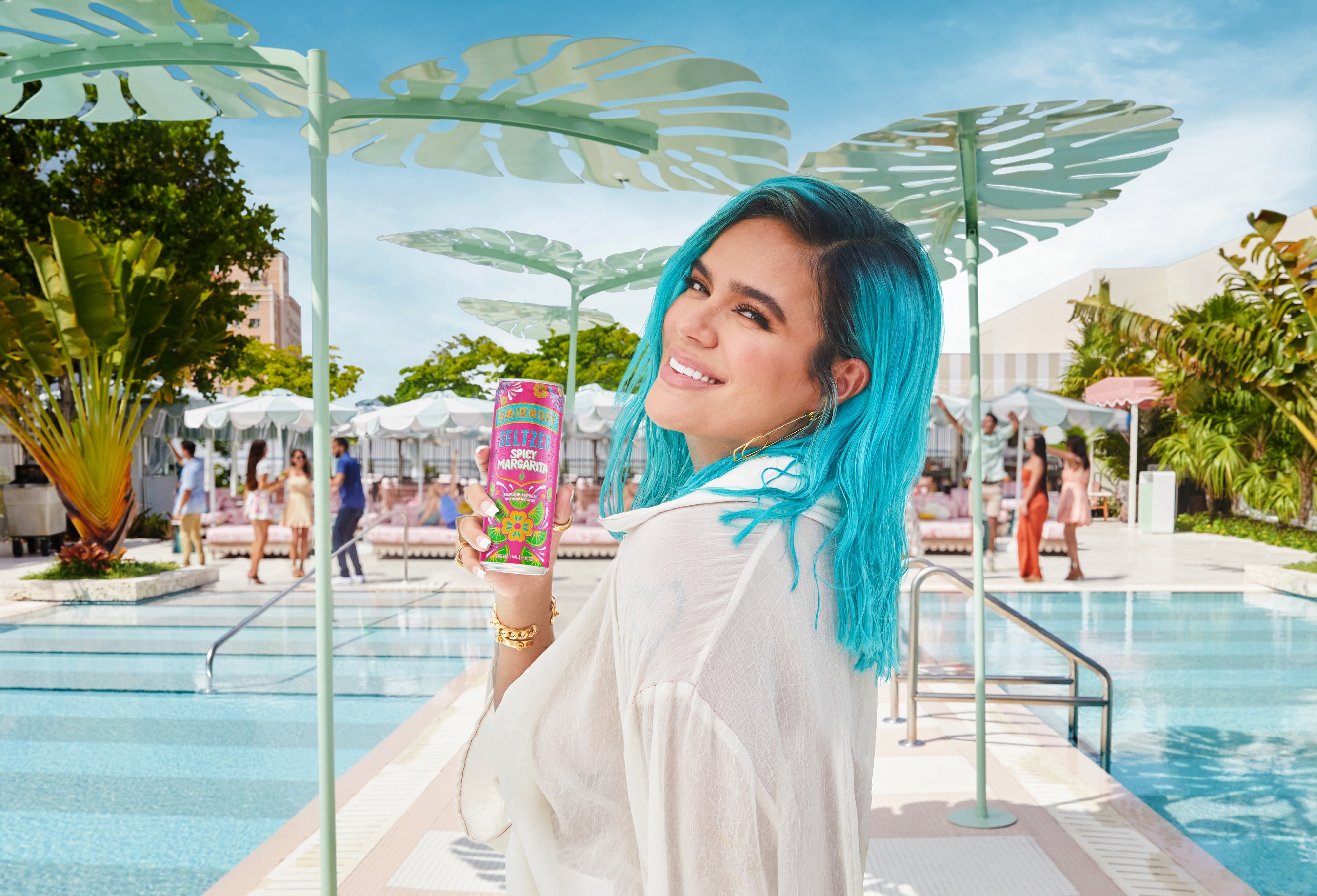 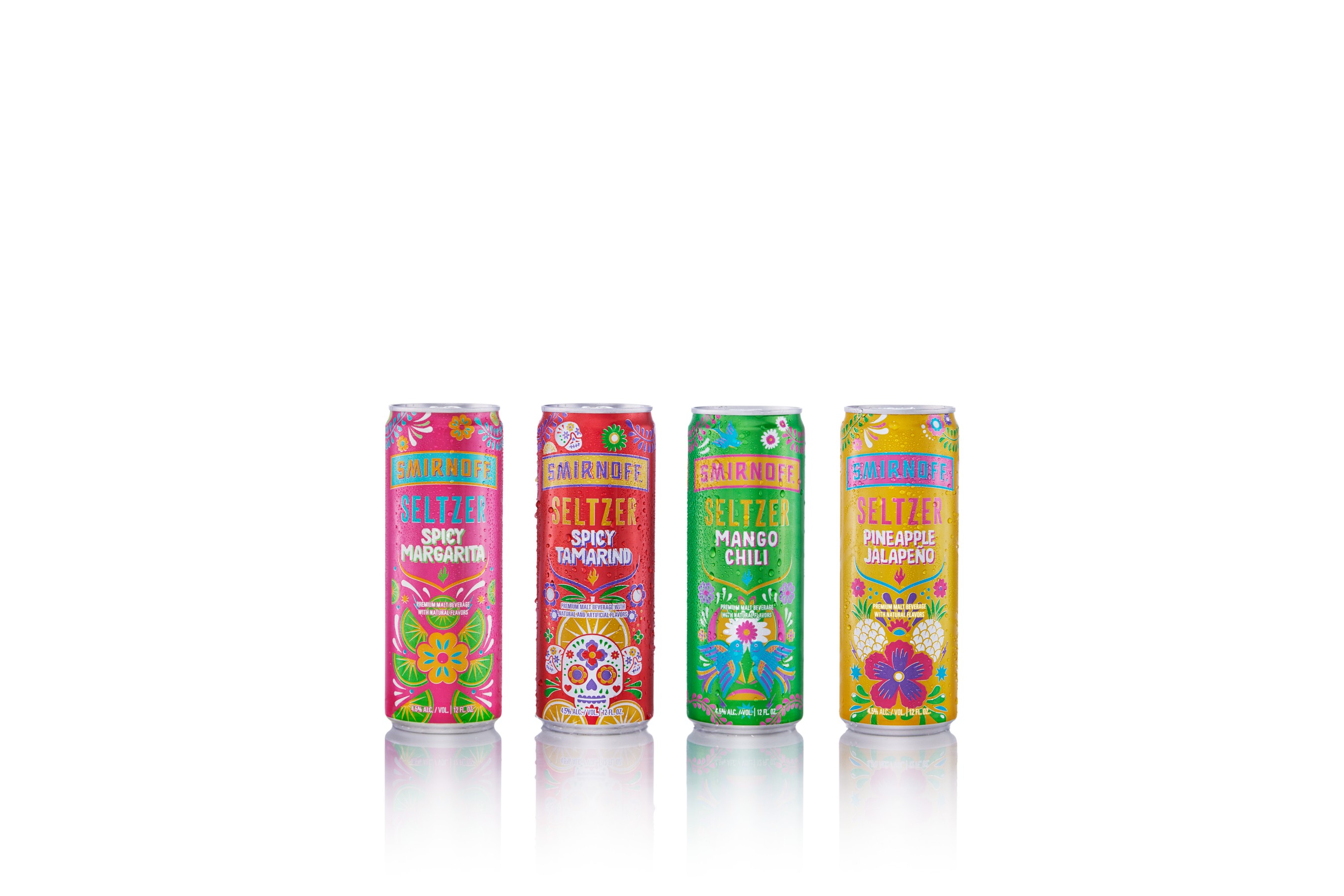 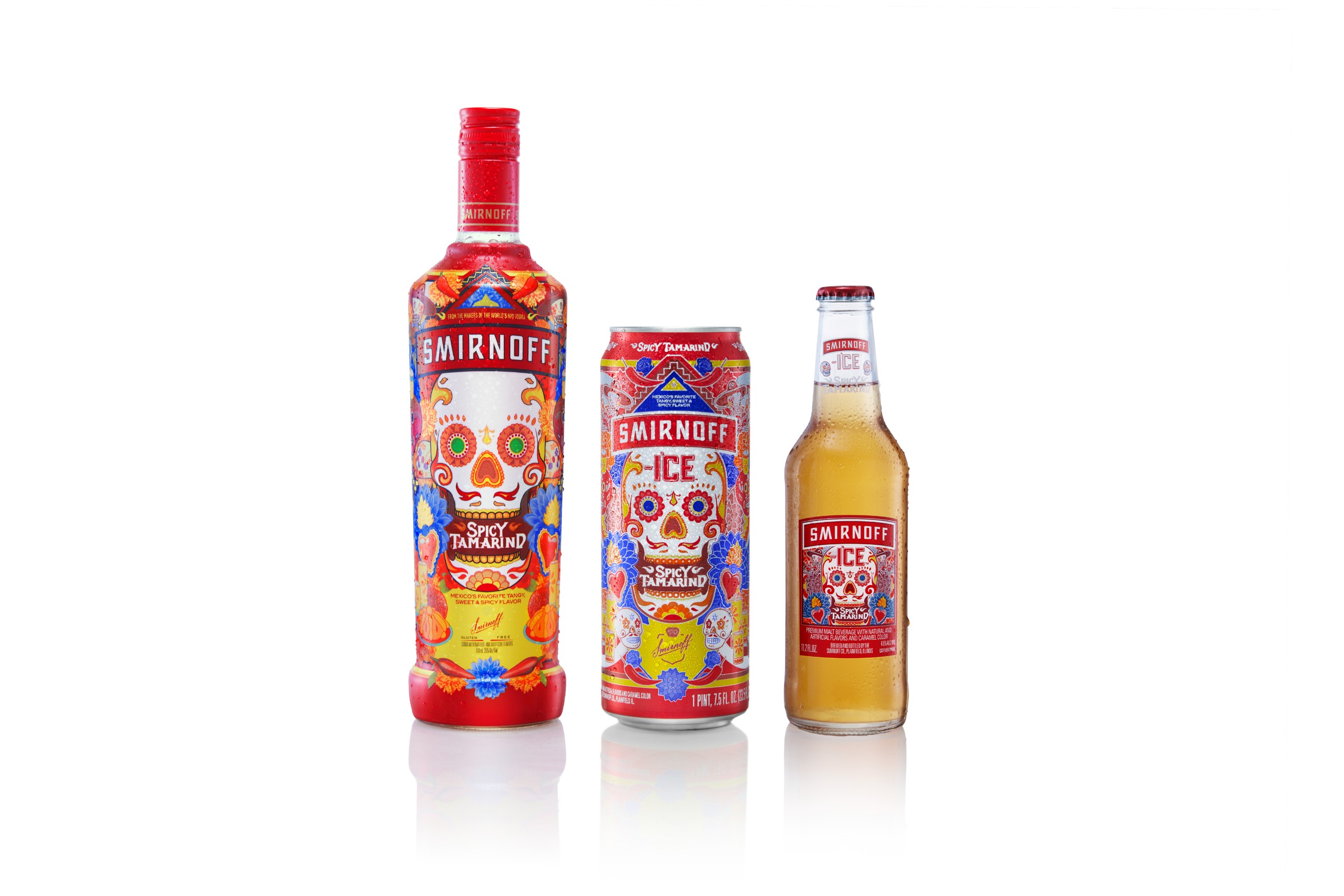 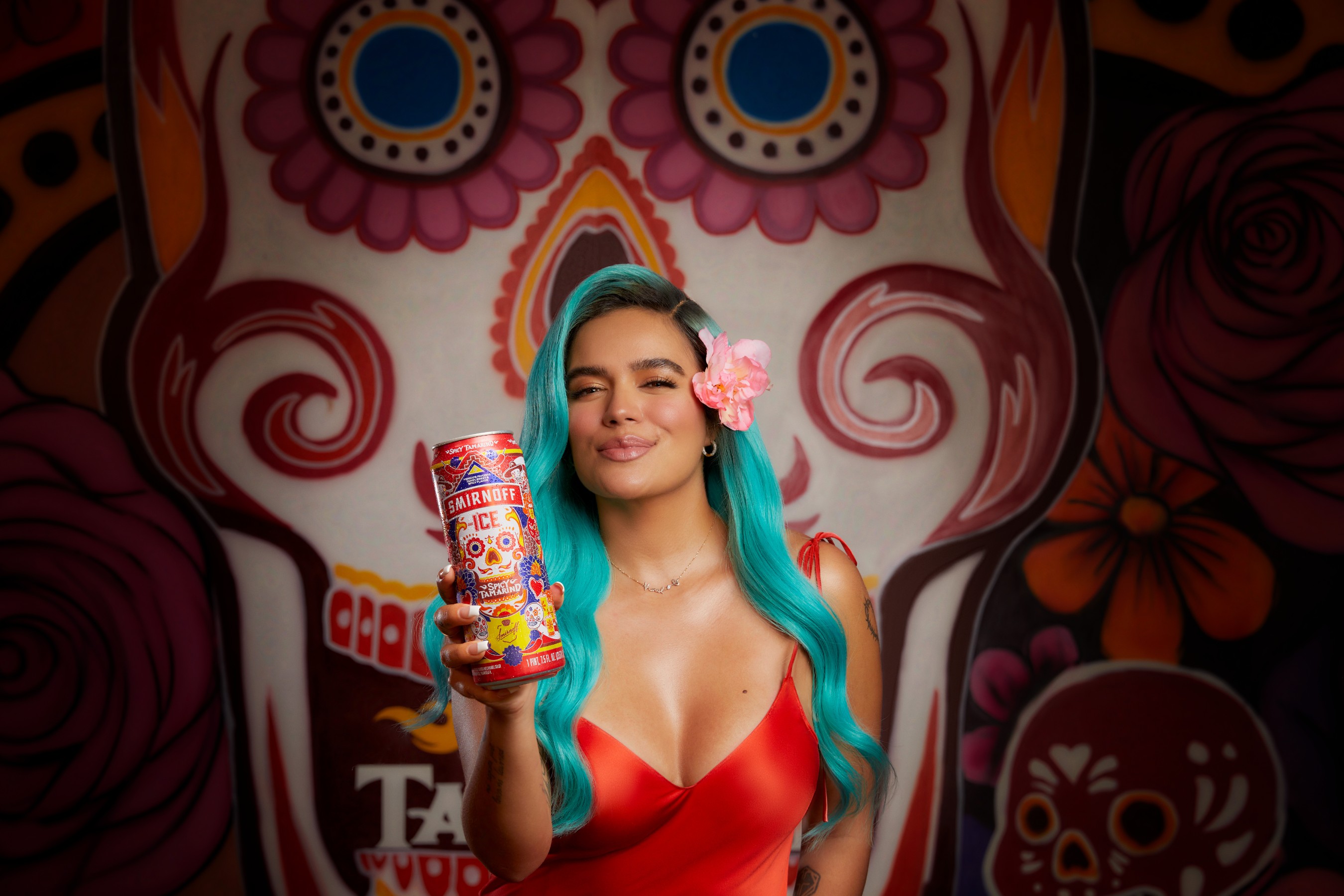 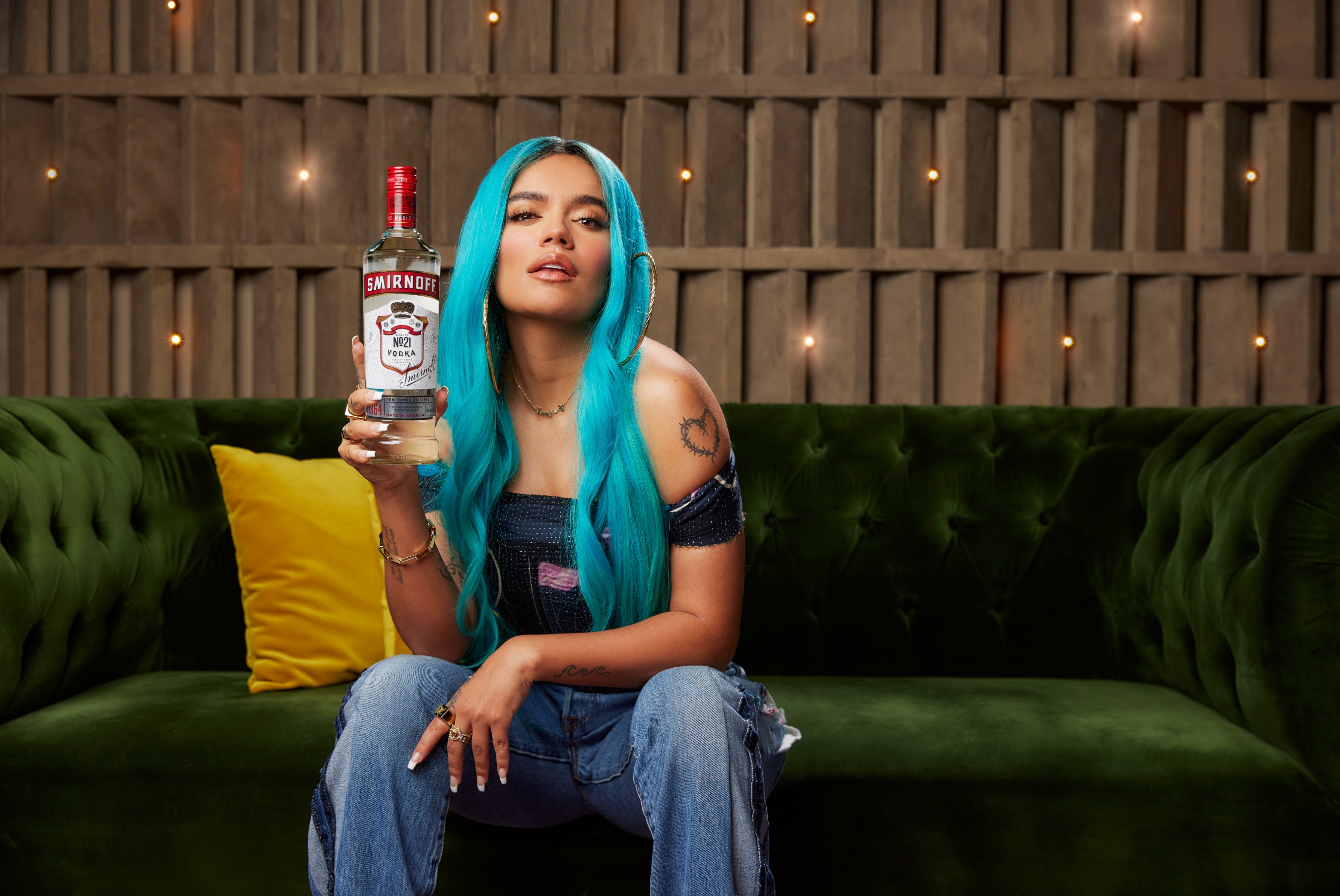