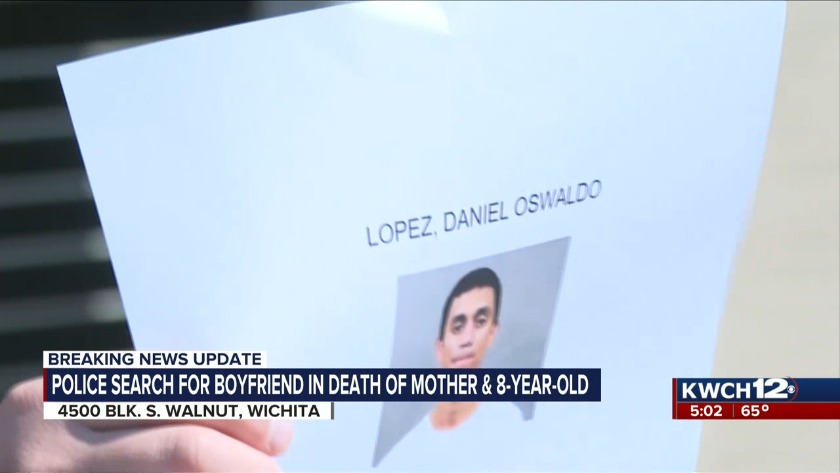 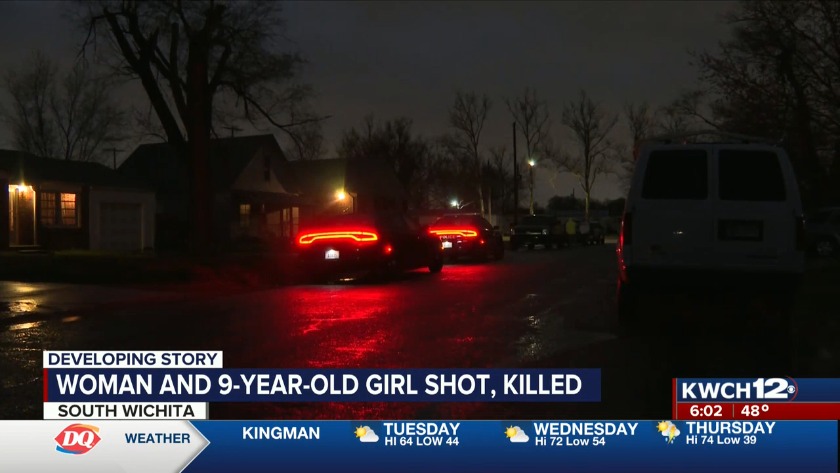 WICHITA, Kan. (KWCH) Update Tuesday, May 12, 2020
Authorities have released the affidavit in the case of a Wichita man charged with killing a woman and her 8-year-old daughter in late March.

In the affidavit, investigators say Mickayla Sorell did not show up for work. A friend called 911 to have officers check her welfare.

When police arrived at the home, they found Mickayla and her daughter, Natalya fatally shot inside.

Mickayla's car was missing, and so was her live-in boyfriend, and Natalya's father, Daniel Lopez.

According to the affidavit, police obtained surveillance footage showing all three getting out of the car and going into the home. Less than an hour later, the video shows one person leaving the home and speeding away in the car.

Once detectives found Lopez, they said he acted paranoid, and hand a handgun with him.

Lopez is charged with Capital Murder in the case.

A man accused in the late-March deaths of his girlfriend and her eight-year-old daughter hears formal charges against him Monday in Sedgwick County District Court.

Charges against 25-year-old Daniel Lopez include capital murder, criminal possession of a weapon by a convicted felon, and aggravated assault.

Wichita police arrest a man charged with capital murder in the deaths of a woman and her eight-year-old daughter at a south Wichita home.

Police arrested 25-year-old Daniel Lopez Friday night at an address in the 4500 block of South Gold in south Wichita. Officers were following up on a tip that Lopez was at the home with family. He was arrested without incident.

The arrest comes a week after the Sedgwick County District Attorney's Office decided there is enough evidence in the case for the capital murder charge.

Wichita police officers found the bodies of 25-year-old Mickayla Sorell and her daughter Natalya Sorell March 30 on a call for a welfare check at a home in the 4500 block of South Walnut.

Investigators believe both were shot during the late evening hours of March 28.

The Sedgwick County District Attorney's Office has charged a man with capital murder in the death of his girlfriend and her eight-year-old daughter.

Lopez is also charged with criminal possession of a firearm by a convicted felon and aggravated assault.

Police went to a home in the 4500 block of S. Walnut Monday evening to do a welfare check. There they found the bodies of 25-year-old Mickayla Sorell and eight-year-old Natalya Sorell.

Investigators believe both were shot during the late evening hours on March 28. Mickayla's job called 911 after she failed to show up to work.

The search continues for Lopez.

Police say you should refrain from approaching Lopez as he is considered armed and dangerous.

The Wichita Police Department identified a mother and daughter found dead in a home on Monday as 25-year-old Mickayla Sorell and eight-year-old Natalia Lopez.

Capt. Jason Stephens, with the WPD Homicide Division, said officers went to a home in the 4500 block of S. Walnut Monday evening after receiving a call that Mickayla had not shown up for work.

Stephens said the investigation is ongoing but police believe the shooting occurred during the late evening hours on March 28.

Through their investigation, police learned Sorrel's 25-year-old boyfriend, Daniel Lopez, may be involved in the shooting. Investigators are currently working to locate Lopez and speak with him.

Stevens said you should not approach him as he is considered to be armed and dangerous.

The deaths are considered Wichita's 13th and 14th homicides of 2020.

A woman in her 20s and a nine-year-old girl are dead after being shot in south Wichita, Monday.

Police were called to a home near 45th Street South and Seneca around 4:30 Monday afternoon. There, they found the woman and girl with gunshot wounds.

Both were pronounced dead at the scene.

We are working to get more information from police about what happened. Police say they are in the early stages of the investigation and have not released any information about possible suspects,